God bless us, everyone (except Meg)

Share All sharing options for: Kings Gameday: A Christmas Special

There may be a lot of things factually incorrect about Christmas, and a lot of things socially wrong with Christmas, but the truth is Christmas is here and goddammit, you better be celebrating it. As stated last year, this is a Christian blog, which is why we also all made fun of Kwanzaa and Hanukkah. Except Jer. He made fun of Ramadan. Completely unacceptable. Going back to what's wrong with Christmas though, I feel like the real meaning of it is eroding away from us. It's all about buying shit nowadays, so much like Linus from A Charlie Brown Christmas, I feel like it's time to lay some truth on you like it's a Cincinnati Bow-tie.

So without further ado, I present, A Dustin Brown Christmas. 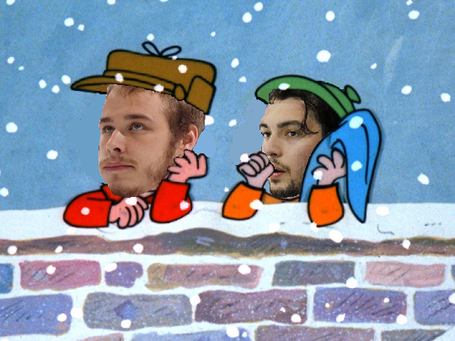 Dustin Brown: I think there may be something wrong with me Drew. I just don't understand it.

Dustin: Christmas! It's the same thing every year. I know I am supposed to be happy but I'm not. I get gifts, spend time with my family, all that stuff, but I don't feel the way I'm supposed to feel.

Dustin: Yeah, I clipped some little turd just last week. I thought that would make me feel better but it hasn't. I just don't really get what Christmas is all about.

Dustin: I know nobody likes me, Drew. That's just the thing. I don't get why we have to have a whole holiday that emphasizes that. I don't feel happy about Christmas, I just feel sort of let down.

Dustin: What's all this? "A lights and display contest"?! Oh good grief!. 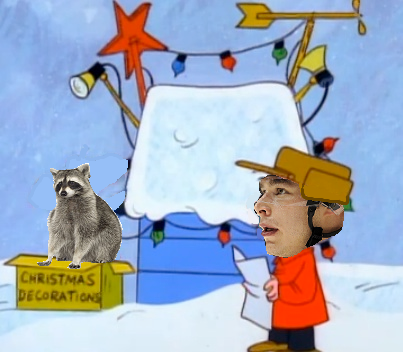 Drew: Chillax bro. Why are you getting so worked up over this?

Dustin: Do people only care about commercialism and money for Christmas nowadays?

Drew: We all know Christmas is controlled by the owners. They demand a load of money, then ruin everything anyways.

Dustin: You were probably right, Drew. I shouldn't have gone for that hit. Now more people hate me. Everything I do is a disaster. I just wanted to throw a big body check on a showboating rookie. To give fans something they could watch repeatedly with happiness. Now I just injured the kid, and assholes on blogs and twitter make fun of him. I mean, it was pretty sweet, let's be real. And the fucker deserved it. But it's not what Christmas is about. That's all I want. DOESN'T ANYBODY KNOW WHAT CHRISTMAS IS ALL ABOUT?

Drew: Sure, Dustin Brown, I can tell you what Christmas is about. 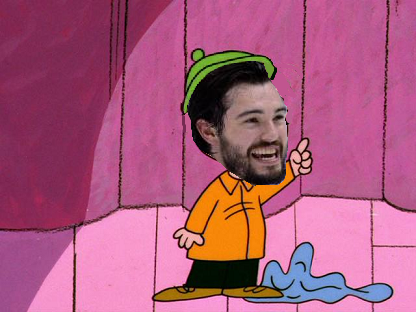 Drew: And a few days before December 25th on every year, people in Christian dominated societies will have a few days off work. And lo, they will sit around and enjoy their time they aren't working. But they will be bored and sick of their families swiftly. Though fear not, and behold, you'll be back at work in a day or two, and complaining about work again instead. And be glad you are not the NBA where you are forced to play and entertain everyone on a holiday THEY all have off. For on that day, their CBA offered them no relief for Christmas, whereas NHLers are free to do as they like. Suck it Bettman. Suck it long and hard, bitch. I'm getting straight blotto for my days off. And I'm sure most of those bloggers following the teams will be getting shit-housed, too. Vacation time, mofos!

...And that's what Christmas is all about, Dustin Brown. 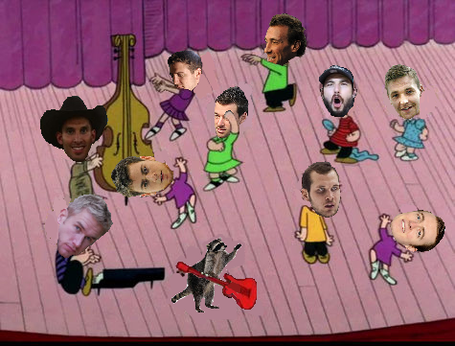 (Editor's note: Back in the day we had a different "recent stories" link. I am not going to delete. Jesus would have wanted it that way)

More from Battle of California