Kings Gameday: So, So, So Sorry

Share All sharing options for: Kings Gameday: So, So, So Sorry

Right before Christmas, Sharks general manager, Doug Wilson, decided that the Kings owed he and his organization some kissin'. Maybe Wilson had been watching A Christmas Carrol or something, but he certainly felt that Los Angeles was neglecting their fellow man. Specifically, he was extremely bothered that no one from the Kings offered any sort of concern for Tomas Hertl and his amputated leg. Even satanic butt sucker, Raffi Torres, offered his regrets and apologies to Jarret Stoll after he whacked him in the head and was subsequently suspended during last season's playoffs. Of course, Torres was also extremely apologetic after he nearly decapitated Marian Hossa prior to that. He had clearly performed illegal actions and was punished accordingly by the league. Maybe he was sincerely sorry. Maybe it was just an attempt to appear sympathetic to save some face and maybe get those suspensions lightened. Who knows?

But here's the deal now. Brown didn't do anything wrong. Brett Hedican may think otherwise, but unless he's Miss Cleo, he has no idea what was going through Brown's head. My guess: Pudding. Dustin Brown loves pudding. Anyways, there was nothing Brown did to warrant a suspension. Seeing the hit live at full speed, I thought the refs were initially right. After one replay it was pretty clear they were actually wrong. It was an interference call at most. Hertl was unlucky he got hurt. They just happened to try and dodge each other but went the same way as the other. Boo hoo hoo. So what does Dustin Brown apologize for? "Sorry your guy was a wimp"? Does he check in and hope Hertl's okay? "Hope you're doing okay after we clipped each other"? No, any sort of empathy for Hertl would be met with claims that Brown intended to hurt the rookie. If he stays quiet, then Brown's just a uncaring bully. It's a lose-lose situation.

Luckily, I'm here on behalf of the Kings to offer some condolences to Doug Wilson. He's due an apology, and I think it's time to offer them up.

We're sorry your team will have to go back to using Torres in place of Hertl, even though he is still serving his karmic punishment.

We're sorry your years captaining the San Jose Sharks was a complete waste of time while your former team in Chicago went to the Finals.

We're sorry you set NHL records with most the losses (71) and consecutive losses (17) in your final year of playing.

We're sorry you never won a Stanley Cup as a player.

We're sorry the Kings didn't let you and your organization have the Stanley Cup for a day.

I hope this has made you feel a little better, Mr. Wilson. Really, I hope it made all of the Sharks organization and their fans feel better. If that didn't help, here's some nice pictures of Dustin Brown showing what a great guy he is, and he never meant anything bad to happen. 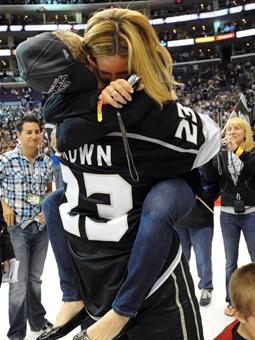 Here's Dustin Brown and his wife embracing after the Kings won it all in 2012. 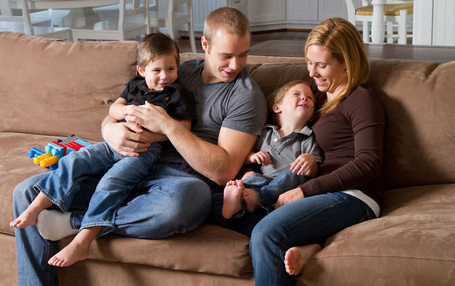 Here he is with his family. 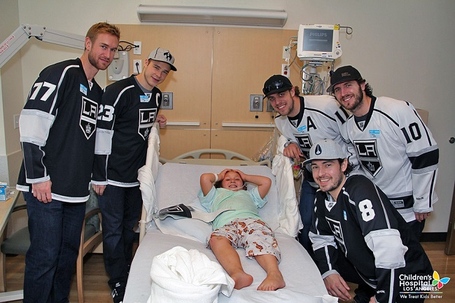 He visits kids in the hospital. 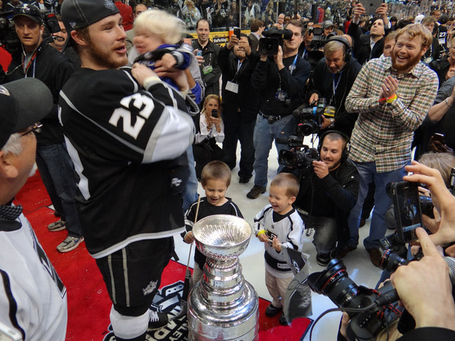 Celebrating with his kids. 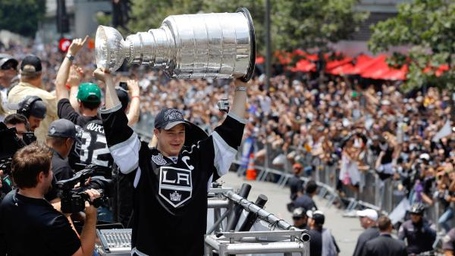 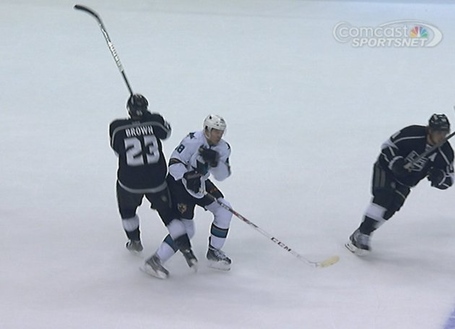 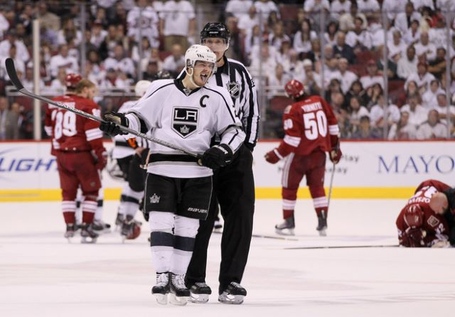 Somehow, hockey is still being played while this terrible, horrible non-story drags on. The Kings are off to Nashville to play another sub-par sunbelt team. Disaster looms.