2013 was great for both the Sharks and the world.

Here are just a few of the many, many reasons:

2012 saw us suffering through a terrible lockout that threatened to cost us an entire season of hockey, but then 2013 started and everything got better, forever!

Hahaha this was great.

Battle of California's best year ever

Man, that thing was hilarious! I hope it comes back.

We found out why Jason Demers has the nickname "Daddy"

And no one ever wondered about it ever again.

This is the year that the Affordable Care Act really started kicking in, and though there were plenty of bumps along the road, it's quickly becoming clear that it's actually going to work, and it's actually going to stay as the law of the land for good - and that's a wonderful thing. Good work, United States Government except the Republicans!

Tomas Hertl had the greatest game ever

His four-goal night was the definition of fun and excitement for everyone that isn't a New York Ranger.

If you don't like Batkid then just go fuck yourself.

The new Pope isn't a total piece of shit

In a stunning reversal of church tradition, Pope Francis has turned out to not be a tremendously hateful douchebag.

The Sharks swept the Canucks in the playoffs

God, remember that? That was so awesome.

I don't really know enough about England or whatever the hell it's called to comment on this, but cool people seemed to be happy that this lady died.

I'm sad it's gone, but Breaking Bad avoided ruining its legacy with an awful ending, unlike some shows I could mention.

The Sharks got new uniforms and they are cool 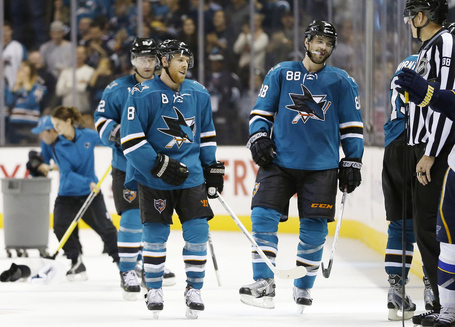 No year in which a video like this is released can be a bad year. So seriously Jer, stop being such a god damn mope all the time.

Video Gamery: My 44th-favorite video game is Max Payne. The only way 2013 could have been better would be if that game had come out this year!