I remember exactly where I was when I heard about Paul Walker. I was in a bar in south Orange County, and saw it flash on a TV there. I fell to my knees, raised my arms to the sky, and yelled. Tears streamed down my face. I cursed God. Okay, actually I was eavesdropping on a conversation going on behind me where some guy who was a Ducks fan was calling this girl I vaguely knew a bitch because she liked the Kings. I then may or may not have sent out a bunch of tweets respectfully discussing the death of a star.

Paul was a fine actor, featured in The Fast and the Furious series, 8 Bellow, Into the Blue, Varsity Blues, and She's All That. Or so I have heard. I've never actually seen any of these. But did you hear that Paul Walker was going to be an Academy Award winning actor in 2017? Of course you didn't. And he won't be now. But he could have been, we just don't know it. A national treasure was taken from us far too early. Just look at the damn guy and tell me this isn't a work of art. 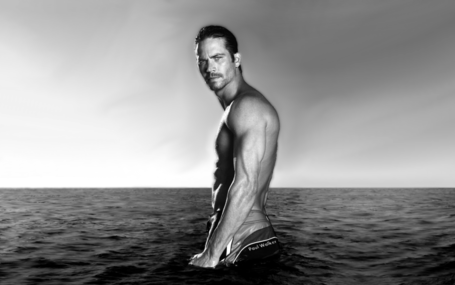 Poor Paul was just like the Kings. Under-appreciated by everyone, except by his fans who adored him entirely. The Kings are very attractive, too. Jeff Carter, Jarret Stoll, Dwight King...Meanwhile the Ducks are stupid-ass Vin Diesel. Big, bald idiots. That's like Ryan Getzlaf's NHL bio blurb. Vin was second fiddle to Paul in the Furiousness Fasty movies, and Anaheim is second to Los Angeles. "Oh, but Vin Diesel has had his own movie series," some of you may argue while you caress your Vin Diesel bobble-head collection. Yeah, and his best acting will still forever be voicing the robot in The Iron Giant. He's one dimensional otherwise. Not Paul Walker. He's either really good looking or really, really good looking. He also likes hanging out in the water (well, *did* I guess). 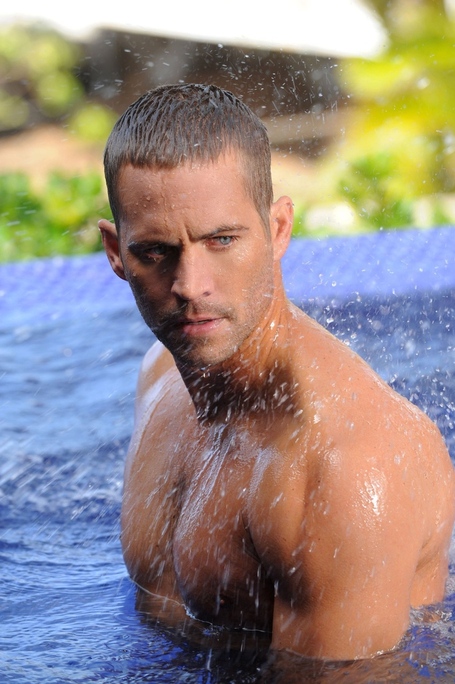 So fuck you Vin Diesel. You too, Anaheim. You fuckers killed Paul Walker, who was a damn angel. He was a native southern Californian who looked Aryan, but everyone liked him. Except for the Ducks probably. Corey Perry hates his own fans, so I wouldn't doubt that he hates Paul Walker also. For all we know Vin Diesel probably had Perry cut Walker's brakes so that he could take the Fasting and Furiousing all for himself. So root for the Kings. Unless you want to cheer for murderers and scumbags. Bobby Ryan knew that's what the Ducks organization was all about, that's why he wanted to be traded so badly. Plus, do you really want this guy who looks like everything wrong with New Jersey to win?

Hell no. Go Kings. It's what Paul would have wanted. That or a car with seat belts and that didn't burst into flames

The Kings drop a home game to the Flames, then beat the Blues after controlling most of the game. So yeah. Makes perfect sense. Overall, the Kings looked a lot better this time around. Except Anze Kopitar. He looked like crap. Is there stats for that? I'm typing this portion at 12:30 AM, cut me some slack. Please? For Paul.

Prediction: The Ducks go blind. The Kings blow up in a car crash. Everyone forgets the Sharks exist.

More from Battle of California