I have always been biased in overvaluing goaltenders. I used to be one, and I idealized myself after Kelly Hrudey and (sorry) Patrick Roy. Goalies have been my favorite players over the years, and after learning about Jim Craig in the 1980 Olympics I had an even higher regard of the position. Yeah, I said "learned about". I wasn't alive then because I'm not old and knocking on death's door like you are. Either way, I put a lot of stock into being a solid team you needed to have a solid goaltender. But that has been tempered quite a bit over the past few seasons.

For a long time my view was always that goalies were comparable to football quarterbacks in terms of value to a team. Teams need a good one to be competitive, sub-par teams could get by with a really great one, and teams with lousy ones never were going to be true contenders. But I don't think that is accurate anymore. Or ever was. At least not of goaltenders. They are replaceable. They can save you games on occasion and blow it from time to time, true. However, you don't always need to rely on them. No, goalies are more like a closing pitcher in baseball. 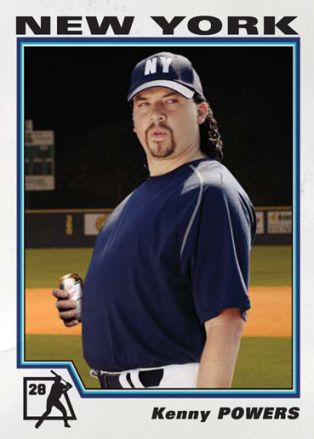 If your team is good enough, goalies can be an afterthought. Look at the Red Wings during the 90s and from a few years back. They had Chris Osgood backing them up. Chris fucking Osgood. The Penguins have Marc-Andre Fleury, who has won a Stanley Cup with them. Yeah he may have screwed the pooch numerous times during last year's playoffs, but he has had stretches where he has been lights out. The point being, even if you don't have a hall of fame goalie in the crease, your chances to win hinge more on the guys surrounding your netminder. The easy retort is to look at the Kings in the years between Rogie Vachon and Jonathan Quick and say, "Holy turdy wieners, your goalies sucked eggs and you guys never won anything."

Fair enough point, but I think the argument could be made that the Kings didn't have superior teams for a long time either. And when the Kings did have a good roster they had Barry Melrose fucking it all up. Now the Kings are good. Really good. And they are still doing pretty damn well without Quick either, but with Ben Scrivens and (one game) with Martin Jones. As for why, that's why I think they are like a closing pitcher. You only bring in your closer when the game is close. They do a little bit for your team but in a big spot. All the focus is on them. When they blow it, you certainly know it. When your team sucks they're just another part of a big sucky machine. There are going to be some better than others, that's the way it is. But they are certainly replaceable, especially if the rest of your roster is good.

Scrivens is playing better than Quick has been playing this season. Corey Crawford is a mediocre goalie but leads the league in wins because the rest of his team is good. The Maple Leafs are getting two outstanding stretches of goaltending from James Reimer and Jonathan Bernier, yet are still struggling currently. You want a comparable for hall of fame type guys? Martin Brodeur and Mariano Rivera. Both played on winning teams for long periods of time, up until recently in fact. They both were put in systems where they were going to excel. Brodeur being in a trap styled and defensive minded team, and Rivera where the New York Yankees were always leading games. 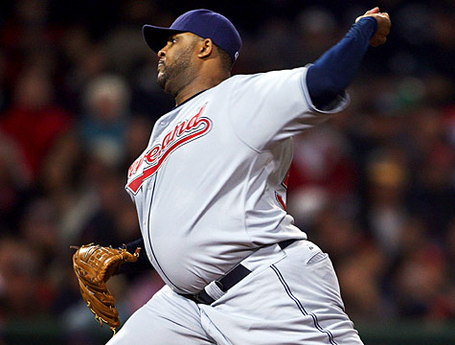 Brodeur was shaped a lot more like this guy though

If you put closing pitchers in frequently they are going to get a lot of saves and lot of strike outs. They come in when you are already winning. The more you win, the more they get used, but typically the game won't rest on them. Goalies, by comparison, who are on good teams will face less shots more often (yes there is a connection between being a good team and not allowing shots and those are advanced stats ya dingus), so they have better save percentages and more wins also. So instead of throwing down a ton of cash on a goalie/reliever, go get a position player or defenseman. Just look at the Predators. Paying Ryan Suter and letting Pekka Rinne walk should have been a no-brainier. Now they are struggling in the standings and Rinne has been good (meh) not great. So sure. Feel free to give a guy who is already on the wrong side of 30 a huge contract, even though he is having a rougher year than normal. It's not like goalies tend to regress to normalcy, even after a season or two of being outstanding. Have fun with that.

The Kings sneaked away with two points against the Ducks despite controlling the game for vast stretches. In fact, they were just about dominating the Ducks using dem fancy stats as an indicator. But Anaheim was fortunate with Jonas Hiller bailing them out. Then Los Angeles got lucky with Martin Jones stopping the Ducks in overtime and in the shootout (and that the Ducks had posts and bad bounces effect them). Still, if the Kings play that well regularly, they're going to keep winning games.

Which brings us to the Islanders. The New York soon to be Brooklyn tenants are in dead last of the god awful Metro division. A terrible name for a terrible division. Anyways, the Kings, as much as they would like to not admit it, play down to their opponents. Beat Vancouver, St. Louis, and go toe-to-toe with San Jose again? Then lose to Calgary. Plus, the Kings don't have Tanner Pearson and quite probably Linden Vey to score and setup goals this time. The Kings are screwed. Wah wah wah.

Prediction: Kings get their lone goal from Tyler Toffoli, but lose 2-1.