Minnesota Wild @ Anaheim Ducks, and since y'all liked Earl Sleek's webcomics so much, I thought I'd try to draw one myself to win you over.

Even though the Ducks fell to San Jose in a shootout in their previous game, there was a lot to be positive about. The team played some of their best hockey of the season so far and were able to hold the Sharks back through 65 minutes of play, the first team to slow down San Jose thus far. The Sharks have been dominant on their power play, whereas Anaheim's PK has been laughable and has been a huge roadblock for the team, yet the Ducks didn't let in a single shorthanded goal. Everything is coming up Milhouse.

So the Ducks have a lot going for them, meanwhile tonight's opponent, Minnesota Wild, have nothing going for them at all except that their owner is a shitheaded hypocrite who even Teemu Selanne hates. Way to go, Minnesota.

Anyway, I know you folks all miss Earl Sleek around here and wish his comic strips were still around to lighten things up, so I decided I'd try to help you feel more at home by presenting you with a comic of my own. Maybe you guys will actually start to like me now... 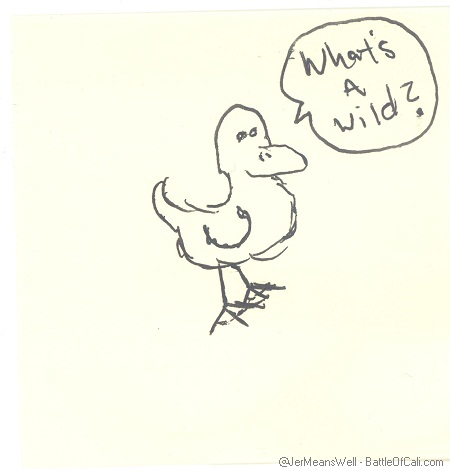 Maybe this was a bad idea.