The Ducks and Mario Kart

The most important article you'll ever read

Share All sharing options for: The Ducks and Mario Kart

Yesterday you may have noticed on the ol’ BoC Facebook feed Rudy’s Ducks and Tombstone comparisons. Since Rudy is dead and you are all stuck with me for the foreseeable future, I figured I’d give it a shot and shit all over his legacy. While I am a bit of a movie aficionado myself, you should all be aware by now that my wheelhouse is semi old videogames. A large part of this comes from growing up with the Nintendo 64 through most of my early years. I received one on the day of the birth of our Lord and Savior in the year 1996. What? Did you expect me to save up for one? I grew up in Orange County, c’mon. Also, it was cheaper than a baby sitter in the long run, and I required no supervision when I was fully engaged with it, so my parents saw it as more of an investment for them.

Arguably, the greatest game (ever, for that matter) was Mario Kart 64. Anybody of any level of familiarity to the game could easily enjoy it. It wasn’t overly fancy, yet had enough complexity (and bullshit) to make every race different. Plus, there were only 8 racers, all of which were pretty recognizable, unlike the Wii version where you have the entire country of Japan racing against you seemingly. Originally, my plan was to compare the racers to members on the Kings. After seeing Rudy’s old ass post however, I’d figure I’d just update the Ducks currently from when they last received a Kings blogger comparison to pop culture. George Parros, Andrew Ebbett, Scott Niedermayer, Rob Niedermayer, Chris Pronger, and Jean-Sebastien Giguere all have departed. Francois Beauchemin left, and then came back. Ryan Getzlaf lost more hair. Corey Perry is still a douche nozzle.

And here we go. 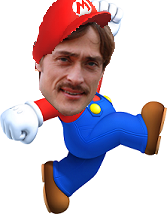 Selanne has been the face of Ducks for over a decade, and Mario has been obviously the face for Nintendo since the company’s inception. They both have been stalwarts for their organizations and are universally pretty well liked by people that don’t realize Teemu is an agent of Satan or that Italians can never be trusted. That being said, they’re the most recognizable, and arguably the best their franchises have to offer. Despite their age they have held up pretty well, all things considered. Mario is the safe pick (and thus boring) for Mario Kart, though you feel bad occasionally when you smash him with a red shell. However, I feel no such sympathy when Selanne gets decked by Drew Doughty. Selanne can grow a pretty mean mustache admittedly. 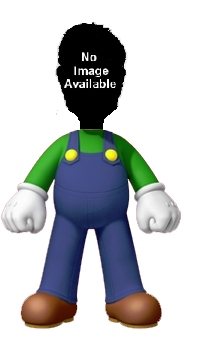 Luigi is even less exciting than Mario, and Koivu is way less exciting than Selanne. Not to say he isn’t productive, but he also doesn’t leap to the forefront when you mention the Ducks. Luigi...You never hear of Super Luigi Bros., or Luigi Kart. Luigi is the backup plan. He can’t carry the show on his own, but isn’t a bad role guy. He is simply unremarkable for the most part. You forget he is there, but you aren't annoyed when you see him. Just like Saku. He isn’t a bad piece for a team, but he isn’t the show stopper nor is he the Ducks' main source of offense. Is he still even on the Ducks? And who actually uses Luigi with Mario around? The same chumps who buy Koivu jerseys instead of Selanne ones. 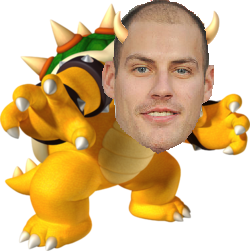 Outside of having more hair then Getzlaf, the similarities in appearance and behavior are uncanny: An oversized reptile (Getzlaf has Psoriasis), hell bent on causing pain and suffering for his opponents, and whose leadership needs to be questioned. One has been foiled by an overweight plumber countless times, and the other is an asshole whose production has steadily declined. Getzlaf also is a big guy like Bowser, and despite seemingly having all the "goods" for success, things haven’t gone smoothly the past couple of go-arounds.

Aw, poor little prissy princess has Vertigo? Peach wears a fancy pink dress, even while racing. Hiller has fancy goalie helmets. Peach relies on Mario bailing her out. Hiller relies on his defense to bail him out and get those rebounds he tends to leave sitting around. Both also disappear for long stretches at a time in castles and/or injured reserve lists. 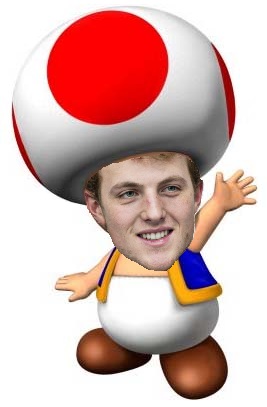 Young, energetic, and thought skilled only by those who need to believe that. Both get shoved around. Both seem peppy, and therefore obnoxious. Toad is not an effective character. There are numerous Toad-like things running around in games and they offer nothing but simply being there. Still, he gets a spot in Mario Kart (every inception, in fact) because there is a need to fill a spot. Cam isn’t a great defenseman, but he is there and there is a need to fill a spot. Who else do you go with? A goomba/Sbisa? 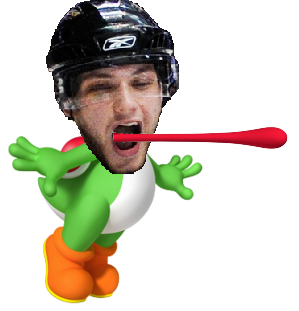 Yoshi does it all. He eats bad guys, he chucks eggs at them, and he can stomp their brains out. Bobby Ryan can...score goals pretty well. The problem is you want to punch them both in their faces. Over the years, Yoshi has gotten worse and worse treatment from Nintendo. From aspiring sidekick, to getting his own game (and one of my personal favorites), things were looking up going into the 64 era. Then things got really shitty. A game that could only be described as "candy-assed" came out, and then basically nothing since. Ryan had a similar arc from aspiring scorer, to growing star, and then disgruntled trade bait. Things have settled down for Ryan lately however. He still draws the belief from people that he needs to get kicked in the balls. 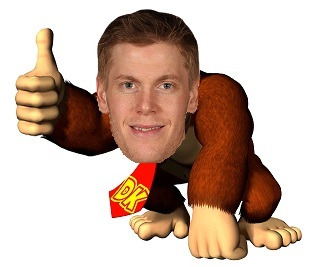 Hulking and simple minded, Donkey Kong only concerns himself with bananas. Hulking and even simpler, Bryan Allen I don’t think even has a mental capacity for what a banana is. DK has Jane Goodall. Allen has Earl Sleek. I’m sure DK and Allen both eat their own poop. 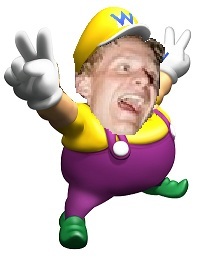 Fuck Wario. He’s a piece of a shit so detestable I have disregarded races just to pummel him with shell after shell. His games are awful. He looks like pedophile. As for Corey Perry, he is a member of NAMBLA. When he attempts one, he grows possibly the worst mustache known to man. The man even hates his own fans. Actually, maybe he knows they are terrible people for liking him. Hm. Anyways, Corey Perry deserves to get in a horrible car accident caused by a banana peel. He and Wario can be roommates in hell and complement each other on their horrible facial hair and being just horrible people in general. The difference is Wario isn’t real. Unfortunately, Corey Perry is.