Circle of Jerks 2: Dunn on Jer

Time to get to know Jar!

Share All sharing options for: Circle of Jerks 2: Dunn on Jer 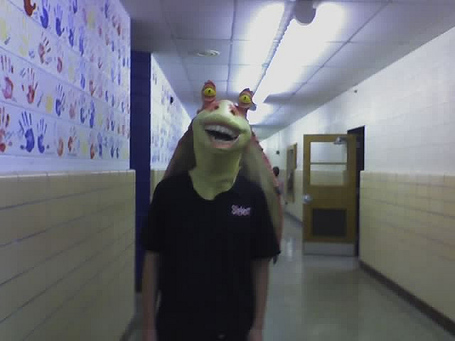 It's time for another Circle of Jerks! Last time, Meg got jerked around with hard hitting questions. Now it's Jar's turn.

1. Jonas Hiller is 3-2-1. Fasth is 6-0-0. Let's say the Ducks defense starts turning to even further garbage. To help your defense you need to trade one of your goalies (let's say you get a back up in return, maybe Dan Ellis). Do you stick with your veteran, or do you bank on Fasth and hope it isn't a case of Raycroft/Mason/Toskala-itis?

First off, your premise that our defense is garbage is stupid and you're stupid. The Ducks' blue line has been a point of weakness in the past, but for the first time in a while, we're getting some solid results from our defensive pairings. While admittedly our special teams are garbage and therefore our PK numbers are garbage, we have the sixth lowest 5v5GA/60 in the league, and the average +/- of our defensemen is +2.7 with only one player in the negative (Allen with -1). If we look at a team like Boston (who you gave as an example to me of a team with good defense previously), with an average blue line +/- of +1.38 (with multiple players in the negative), that's pretty damn decent.
But to entertain your question and accept that, for whatever reason, the Ducks are put into a situation where either Fasth or Hiller needs to go, I'd definitely be hesitant to go with a goalie largely untested in the NHL, likely just riding a hot streak. Part of Fasth's hot streak is likely due to the fact that there's simply no book on him yet, but once other NHL teams start figuring it out we could start to see a very different result. Though I'm pretty sure that back in the day when there was a Hiller/Jiggy controversy my instinct was to stick with Giguere and not the untested Hiller, and I was pretty wrong with that one. So what the hell do I know?

Zzzzz...Huh? What happened? I just started hearing "wah wah", and it just kept going. So much for hypothetical scenarios. And the name calling! Very immature, idiot. Let's see, did he answer the question...Fasth? I think he said trade Fasth. He kind of back tracked there. Hiller it is! Let's just go with that. Congratulations, Florida! Meet your new netminder, Jonas Hiller. Here ya go Anaheim, meet Ed Jovanovski! I'd be a great GM.

2. Let's face it, a pro team called the Ducks is stupid as hell (up there with every MLS team name ever). If you had to change the Ducks nickname, what would it be? You also have to stick with Anaheim, none of this Anaheim of Los Angeles or California based Southern Regional County bullshit.

I'd leave it. I have no qualms with the name, and I like that it stands as an homage to the team's history while still having matured passed its start. I don't really give a shit that it was a team started by a multibillion dollar corporation (that made that money by selling kids movies), anymore than I give a shit that every other team is owned by billionaires (who made their money through likely shitty means) wanting to make money. So the Disney association doesn't bother me, and the name in and of itself isn't the worst thing in the world. At least we're not the Predators.

That's not an answer. Dammit! I even used italics. Fine, I'll make the decision again for you. Say hello to the Anaheim My Little Ponies!

Oh man, can you imagine if Jagr dips? The sheer force of a piece of shit expanding at that terdecible rate threatens to crush out the whole continent.

Third time is a charm. Congratulations, Jer! You're the circliest of us jerks!