I just can't wait to kick the Dallas Stars out of the Pacific.

I'm writing this post Friday afternoon, so I don't know if the Sharks beat the Blackhawks Friday night. Don't spoil it for me you jerks!

Today the Sharks face the Dallas Stars, a team full of assholes who play in a state full of assholes. Man, I hate these dudes. I don't know about you guys, but I can't WAIT for the division realignment that should be announced within a week or so, because that will mean the California teams will FINALLY be unshackled from the giant cow turd that is the Dallas Stars.

In fact, I'm going to go ahead and pretend the realignment has already happened, which would mean that I wouldn't have to write about this stupid game today. The Sharks would probably be playing some fun or exciting team like the Oilers or the Canucks or something. Boy, that would be sweet.

To sum up: go away, Dallas Stars. Nobody likes you and your uniforms are ugly. 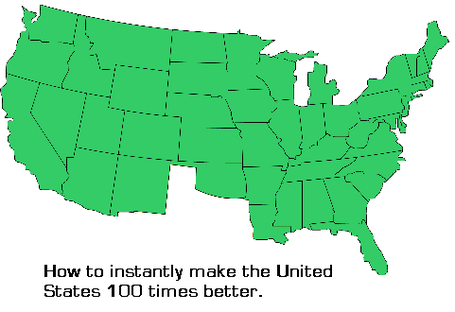 Today's book is A Practical Guide to Racism. I already wrote about it once, and it is one of the funniest books ever.