Ducks @ Stars, avoid AAC at all costs, and Rev. Lovejoy

The Ducks play the second of their six game road trip tonight, heading out to Dallas to take on the Stars at the American Airlines Center.

I think we're all pretty familiar with how much Texas sucks, but do you know how much the American Airlines Center sucks? I'll let Bill W. fill you in...

It does not seem like much of a family-friendly place. 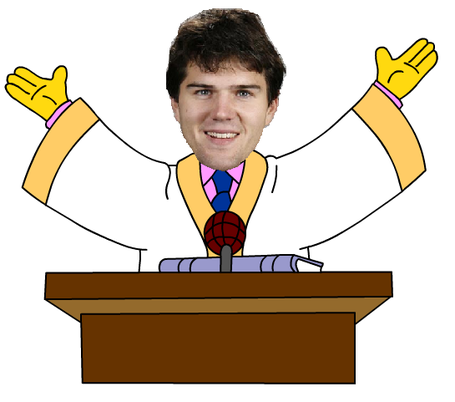 It's certainly not breaking news, but the Ducks picked up Ben Lovejoy from the Pittsburgh Penguins in exchange for a 5th round draft pick in 2014. Some people are speculating that this means Cam Fowler's "upper body" injury (or concussion as we like to call it) is going to have him sidelined for longer than the team is letting on. Fowler is now on the IR list, and Lovejoy is expected to be in the lineup against Dallas.

Lovejoy gives the Ducks 10 defensemen to rotate through their lineup. It's hard to speculate who he will be paired with, but he might work well with Bryan Allen, even though everyone but Earl Sleek apparently hates the guy.

To be honest, I think I'm more excited about all the potential Simpsons jokes and references waiting to be made than I am about any depth this is adding to the blue line.

Prediction: Kyle Palmieri is placed on IR while the team awaits the results of his AIDS test after he is cut by some rusty aluminum siding at the American Airlines Center.