I read a bit of Animorphs when I was younger. The first book was alright. One of the kids *SPOILERS* gets stuck as a bird or something. No one really dies besides innocent slaves of some moody slugs, and the books got progressively weirder and worse. The titles also had a thing where they started with "THE" all the time. These also got weirder and worse over time with titles like "The Hidden", "The Diversion", and "The Illusion".

But it was better than "Say Cheese and Die!", "Revenge of the Lawn Gnomes", and "The Abominable Snowman of Pasadena". What's worse, is that these titles pretty accurately described the story, so...the end I guess. Way to go R.L. Stine. Animorphs gave me my sci-fi literature fix throughout elementary school at times. Though it was the equivalent of being Mexican black tar when you desperately needed some heroin. The series wasn't that bad, all things considered, at least as well as I can recall from when I was nine. And if you overlook the fact the series "borrowed" from every sci-fi series before it (though, to be fair StarCraft is basically Animorphs minus the morphing). And that the kids talked like no kids I ever knew. Still, it has a central story arc, and a lot of thought out characters and species. SOMETHING Goosebumps DOESN'T HAVE.

Another perk was that my 3rd grade teacher also counted the Animorph books towards our total books read count, which racked me up quite a few gold stars. Jake was also pretty cool for being something like 12 and saving the world. Meanwhile, over in Goosebumps little Wendy and Elliot are kicking it at Camp Jellyjam. The Animorphs TV show pretty much sucked, seeing how every "kid" was about 25, and the special effects the show relied on far too heavily was Ed Wood worthy. But it produced Shawn Ashmore who plays Iceman in the X-Men movies where Ellen Page and Anna Paquin fight over him. What a dick. It also gave us Brooke Nevin, who you probably never heard of up until now (seriously, it's the only thing worth while in this post). The guy that played Tobias sort of looks like a young Keanu Reeves.

Admittedly, I never really got far in the series (who did?) so I had to use Wikipedia to figure out what actually happens. According to the Wikipedia pages I spent three hours reading browsed, there were battles, betrayals, and death and all that other shit young me would have loved to get his hands on. So I guess the series improved. But did any of you give it a chance? NO. You were all busy being hopped up on your AirHeads, Crystal Pepsi, and jamming to Sugar Ray. 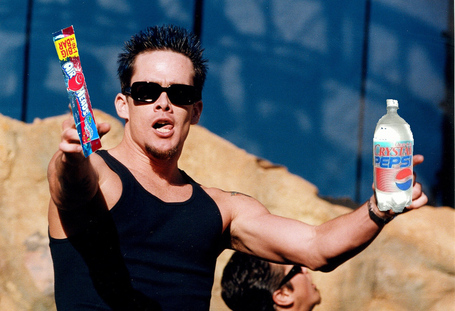 What the hell were you thinking? And Goosebumps? Sure, it was a far superior series of different stories that were similar to a 12 year old's idea of the Twilight Zone, but let's be real. The cover had little bumps. "Oh boy! Now I can pretend to be a blind person reading!" Screw that. Animorphs had kids fucking changing into animals. Lizards, and owls, and skunks, and...Okay, maybe that wasn't that great either. 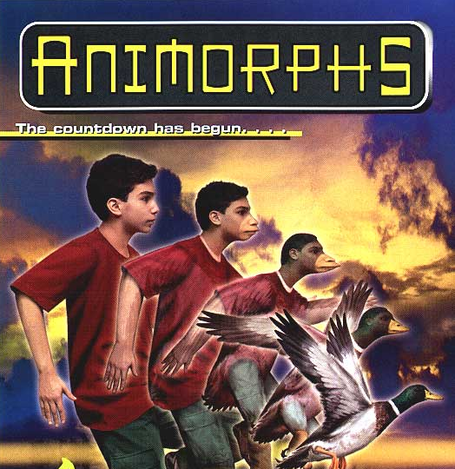 But hey, the Kings haven't looked that great either. Sure, the Sharks may be more fun currently, but they will let you down when you need them most. Just like Goosebumps when you found out you couldn't use them for a book report. The Kings have shown they are capable of morphing (just like the Animorphs!) into a great hockey team, or possibly into a big steaming pile of Dallas shit. Are they doing their stupid spying where they turn into a seagull or flea? Or do they turn into a fucking bear or lion and claw the living shit out of you? Plus, we all know Brent Burns really is an Animorph when he was photographed morphing into a wombat. 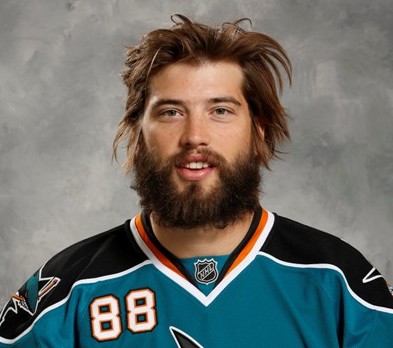