The deeper meaning in the Coyotes' weird ass names

Share All sharing options for: Los Angeles Kings Gameday: What's in a Name?

The Phoenix Coyotes have a lot of guys with strange names. But what do they all mean? I sure as shit don't know exactly, but I can guess. I can also use Google, Wikipedia, Urban Dictionary, and YouTube. More importantly, the Coyotes are terrible, terrible people (which I get to the bottom of).

Paul BISSONNETTE: Well, let's break it down. First off we have "Biss". This is spelled remarkably similar to that of "Piss". "On" is pretty explanatory. "Nette" is like an idiotic spelling of "net". So what we have is an idiot peeing on nets. Given how little Paul Bissonnette actually plays, it would be more accurate if his name was Bissinpresboxxe.

Mikkel BOEDKER: "Boed" was termed in the 1990s. It refers to body odor, and the unpleasantness of it. If you type in "Ker" on YouTube the first video that comes up is this:

So Boedker breaks down pretty closely to Paul (his first name is Mikkel I guess, but that sucks, so let's stick with Paul Bissinpresboxxe loaning out his first name) Smellyrapedog.

ZYBNEK Michalek: "Zyb" is a real improper amount of consecutive consonants. "Nek" is some Italian pop star. This is no longer a good idea.

Martin HANZAL: In some cultures Hanzal is a very popular spice used with fish. In western society Hanzal is more closely associated with Gretel. Owen Wilson also portrayed him in Zoolander. Breaking it down, "Han" is an extremely common name. "Zal" is not, and nothing worth noting came up in any search besides a Photoshopped Asian woman topless on Google images. Stupid Hanzal.

Antoine VERMETTE: I don't know, it sounds like a pasta dish. It probably tastes good with Hanzal, followed by a freshly baked Chipchura.

RAFFI Torres: I like this Raffi a whole lot more. 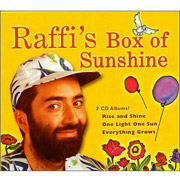 LAURI KORPIKOSKI: First off, Lauri is a girl's name, so I can already tell his parents hated him. "Korp" brings a ton of different results: A bird, dead people, and french black kids. "Koski" is a real last name over in Europe that translates to "rapids". So...bird-i-rapids?

Oliver EKMAN-LARSSON: I think his parent's got divorced. He is clearly still upset about his past, as he was probably the reason why his parents split up to begin with. All those hockey trips and raising a future nut-sack took its toll on their already fragile marriage, as they were only together after Oliver was conceived behind a Denny's. Now Oliver takes out his depression on the person who puts together the names on the back of hockey jerseys.

RADIM VRBATA: Nothing about this name makes sense. Fuck this. It just sounds like a European rim job with only those who have spines (sorry, SpongeBob).

ROSTISLAV KLESLA: Jesus Christ, this is ridiculous. These guys' parents were truly just some horrendous folks.

David SCHLEMKO: It means someone attracted to slimy, disgusting, narrow-minded people. So he is attracted to Arizonans.

MIKE SMITH: Translation for enormous shit swallower with ultra-douchey hair. He probably didn't have parents, and was instead raised by rude llamas.