Everyone hates the Canucks. Even Canuck fans hate the Canucks. They have zero Stanley Cups but at least two Canuck induced riots. I could go over how fucking weird the Sedins are, or how big of an anal knuckle Alex Burrows is, but not this time. No, today we discuss a hero from Vancouver. Someone who everyone could appreciate, and just take a brief moment away from hating everything about the Vancouver hockey organization. This someone acted for the good of humanity. Maybe he is a believer in justice. Perhaps he's someone who realized he could right a wrong. Or maybe he just didn't want to deal with the toxic waste abortion known as Mike Smith, seeing how the Canucks were going to have to face him a lot more starting next season.

I am of course talking about the hero, the legend, the second coming: Alexander Edler. 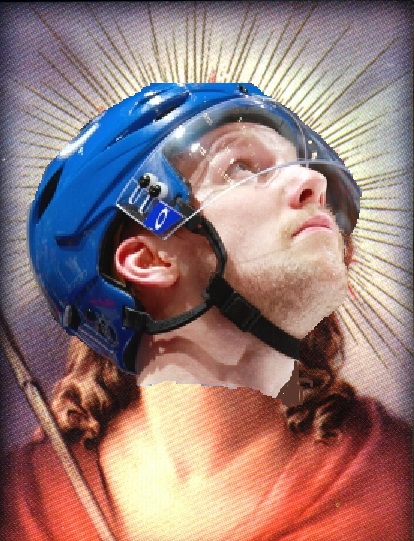 I had a whole other schtick about religion, Edler, and Mike Smith being Satan, but for some reason or another, it got deleted. Perhaps it was one pope joke too many (i.e. "The Dallas Stars are gigantic, disgusting pieces of pope..." hold for applause, and continue). The real truth is, Mike Smith is a total pussy for taking a hit head on and dropping like a ton pope. (see? I did it again! What do you mean that you don't get?) People in Phoenix even had to expect that Smith had it coming, and that really that hit was awesome. I'm sure Shanahan actually meant to say that Edler was deserved another two games worth of pay, instead of the ban he dealt. I would actually sort of like the Canucks now also, except that Edler getting suspended coincided perfectly with Vancouver playing the Kings. Fuck you, Vancouver! Try that with Jonathan Quick and he...will wait for you to skate by again and knock you on your ass when you're not expecting it.

Los Angeles kings tickets are now in this font

The Kings lost their game against some sacks of shit, despite out playing them for the vast majority. Naturally, they were shutout. It was really pretty 2012ish of them, though on the bright side Jonathan Quick looked like his old self. At this point I'd be playing Tyler Toffoli regularly with Jaret Stoll and Trevor Lewis, instead of benching him. Dwight King should be bumped down to fourth line duty to split time there with Jordan Nolan and Colin Fraser. This keeps Jeff Carter in a situation to where he has to shoot the puck a ton, instead of passing to Mike Richards or Dustin Penner. I'm not even going to guess at who the hell is starting in goal.

Prediction: Maybe the Kings score this game. It's an afternoon game, and a contest that falls into the every sixth game category (seriously, no wins every sixth game starting with game 1 this season). With all this bad Juju, I'm going to guess a very 2012 like repeat performance, a 2-1 loss.