The House of Shark

Using Game of Thrones to provide some perspective on the Sharks at the trade deadline.

Share All sharing options for: The House of Shark

After reading this post, make sure to check out Dunn and Jer's inferior efforts.

The NHL trade deadline is Wednesday, April 3rd. Teams only have a week left to make moves to try to prepare for a playoff run or, alternately, to try to sell off players in order to improve their teams for the future. This is one of the most exciting times of the year to be a hockey fan.

But BEFORE that, something much more important is going to happen...

Yeah, hockey can pretty much piss off as far as I'm concerned. Game of Thrones comes back on Sunday!

The best show currently on TV will begin its third season this weekend, and if you aren't watching then you've seriously got to start to question what exactly you're doing with your life. This is the pinnacle of our artistic culture, and you're missing it...why? Oh, you're too "busy"? Yeah, I'm sure. You're apparently not too busy to read this bullcrap I write, so let's not kid ourselves, okay? Get with the program, get caught up with the series, and join in on one of the few bright spots in the vast wasteland of Western civilization.

Anyways, in what scientists describe as his "first ever good idea," blog writer Ryane Dunne thought it would be fun to combine the majesty of Game of Thrones with the tedious blog business of writing about our respective NHL teams at the trade deadline. I agreed at once, of course, and only Jer resisted, because he's probably one of those weirdos who doesn't own a TV or a computer or toilet paper.

Fortunately Dunn and I were able to bully poor little Jer into going along with the Game of Thrones idea. He totally cried! It was democracy at its finest.

And finally, as Dunn so thoughtfully pointed out, both the Sharks and the Starks lose all the time.

The Sharks made their first significant move of the year on Monday, when they sent defenseman Douglas Murray to the Penguins in exchange for draft picks. This was a signal that GM Doug Wilson is willing to "reset and refresh" a roster that has produced frustratingly little this season. Let's take a look at some of the major figures on the San Jose Sharks, what the trade deadline means for them, and which member of House Stark best represents that player.

I will keep explicit plot spoilers out of this post but, as I previously stated, you should just go watch the show already you son of a gun. 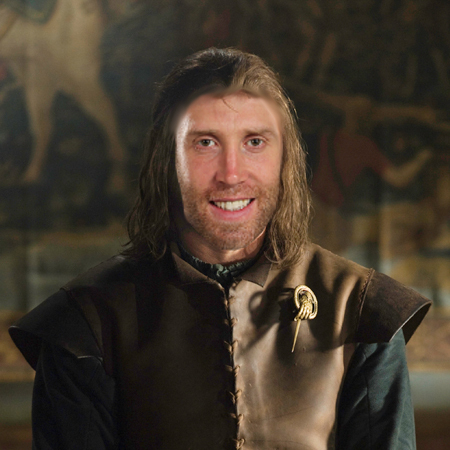 Joe Thornton is the leader of the Sharks in every way and, like Ned Stark, will take a lot of the blame if things don't turn out well. Thornton will never be traded, but the trade deadline is important for Joe because it could potentially land him a new winger (if Doug Wilson pulls the "pick up a lousy dude from another team for spare parts, stick that guy on Thornton's line and cross your fingers" move) or could help relieve some of the scoring burden that's been weighing Joe down all year (if Wilson manages to actually acquire some reliable offensive depth). 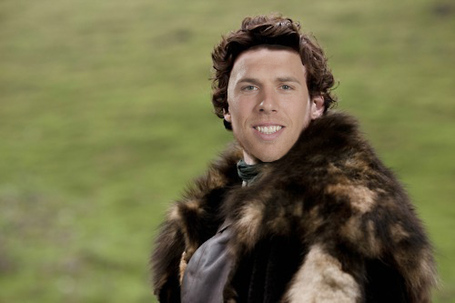 Joe Pavelski is currently averaging 0.56 points a game, which would be his worst performance by far since the 07-08 season. Pavelski has averaged about 0.75 points per game for the previous four seasons, so it's likely that some portion of this season's dip is just due to bad luck - but that doesn't make it any less frustrating.

Pavelski is 28, so he's probably already peaked offensively. He hasn't been mentioned often in trade rumors this year, but his lackluster offensive performance could be a motivation for Doug Wilson to look to deal Little Joe - or maybe find him some quality linemates to play with to see if he can recapture his previous scoring touch.

Pavelski is similar to Robb Stark in that he had some early successes before things started to fall apart and he lives in the shadow of the more famous guy with the same name ("Joe" or "Stark," respectively). 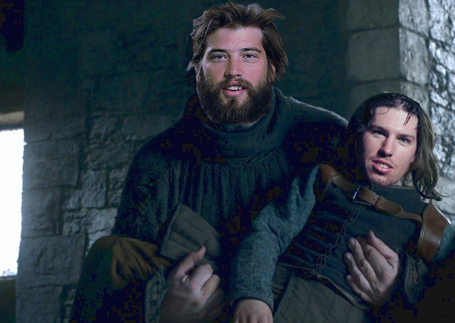 Hahahahaha look at that image I made. I've never been prouder of anything in my whole life.

Brent Burns is Hodor because he's dumb as a stump but everyone loves him. Also he's expected to do a lot of heavy lifting. Burns isn't going to get traded, but whether he goes back to defense or continues to play as a wing is going to be determined by what the Sharks do from now until the deadline. If the team moves Boyle then there will be a lot of pressure on Hodor (I mean Burns) to be the puck-moving defenseman that he has been in the past. But if Boyle sticks around and the team can find some defensive consistency with Murray gone Burns may get to stay up front for a while longer.

Logan Couture is Bran because he's the hope for the future. Assuming he continues to progress offensively, Couture will probably get a big payday from the Sharks after his deal expires next year. Thornton, Marleau, and Pavelski all become free agents right at that time, which frees up money to pay Couture whatever it takes to keep him as the cornerstone of the team for his prime offensive years. The success of the Sharks for the next ten years will have a lot to do with the performance of Logan Couture. He's not going to get traded, but quality draft picks the Sharks can get for dumping players like Douglas Murray will be counted upon to provide Couture's supporting cast, five years down the road. 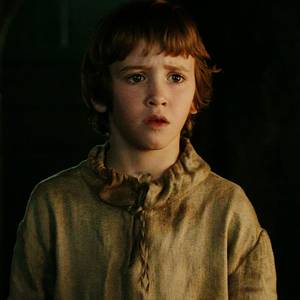 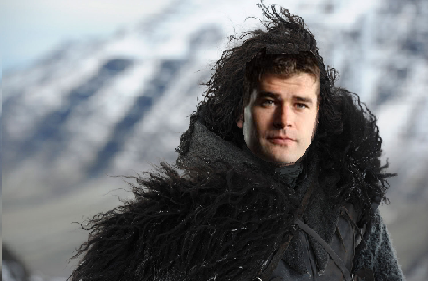 Bastard. Outcast. Unfairly persecuted. Beloved by the ladies. Aside from that last one, all these things describe both Jon Snow and Patrick Marleau. Marleau is San Jose's all-time franchise leader in Blame Received (posting an incredible BLR of 92.6 throughout his career) and has just kept right on going, producing incredible offensive numbers nearly every year while getting blasted by critics who really wish he was Russian so they could call him stuff like "enigmatic." At the trade deadline Marleau might get a new linemate or might see some good friends move on to new lands, but whatever happens you can be sure that Marleau will keep scoring, getting criticized, and making weird faces.

Oh and I guess if Marleau is Jon Snow that makes Jeremy Roenick that old guy who lives north of the wall and has sex with his own daughters. 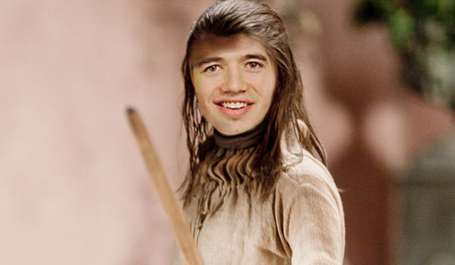 I, uh...I forgot what I was going to say about Vlasic. Seeing that image was pretty traumatic. Let's just move on, okay? 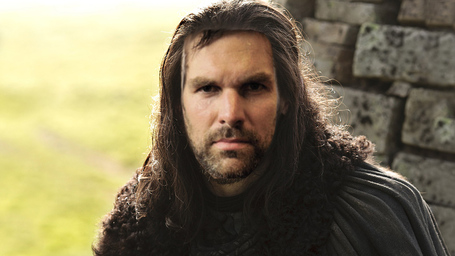 Dan Boyle is the Shark who has been generating the most interest from other teams as the deadline approaches, since puck-moving defensemen with Stanley Cup rings aren't easy to come by. Boyle's offensive production has declined this season - he's 36 years old, after all - but he's still an elite player who would be an asset on any team. The Sharks shouldn't consider trading him unless they get a HUGE return - and unless that huge return involves a number of NHL-ready players, trading Boyle would basically be admitting that the Sharks are entering a rebuilding phase.

Dan Boyle is Benjen Stark because I forgot about both Boyle and Benjen until all the other Starks had been used up. 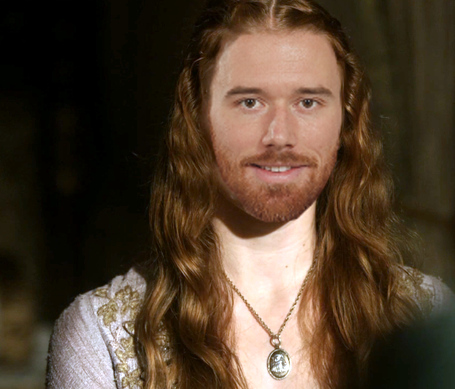 Martin Havlat is signed through 2015 at $5 million a year, and BOY does that contract look bad with the way Havlat is playing right now. Sure, he's always hurt, but just 8 points in 23 games, playing on one of the top lines most of the time? There are plenty of MUCH cheaper players who can do that. If Wilson has faith that Havlat can turn things around, he'll probably keep him - but flipping him at the trade deadline for a cheaper and more reliable scorer would be a great move for the Sharks.

Havlat is Sansa because a lot of bad stuff happens to both of them but after a while you just kind of want to say "Deal with it!" you know? 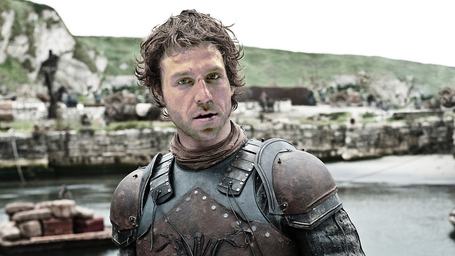 Ryane Clowe is Theon Greyjoy because BOOOOOOOOOOO YOU ASSHOLE! WHY DO YOU HAVE TO SUCK SO BAD? I HOPE YOU DROWN YOU MISERABLE PIECE OF GARBAGE!

Clowe is a player that Doug Wilson has got to be trying to trade. He's produced absolutely nothing for the team this year and is an unrestricted free agent after this season. If Clowe can be flipped for a couple of quality picks like Douglas Murray was, then the team should absolutely do it.

When you play the game of blog, you do some crappy face-swaps or you die.