The House of Duck

I don't know anything about Game of Thorns, so I make everyone else do my work for me.

Share All sharing options for: The House of Duck

I don't know anything about Game of Thorns. I've never read it, I've never seen it, and I never plan to.

So it was pretty weird when Meg and Dunn insisted that we do this "Trade of Thrones" crap, which means nothing to me. Meg and Dunn were kind enough to give me all kinds of dumb suggestions for this article, but since I refuse to do any research they were all pretty much in vain.

Ryan Dunn
All you need to know Jer is that their a bunch of characters that are all over the place, going through very different challenges. And dragons.

Sure, thanks dick head. Helpful.

After I kept telling the other two idiots that write for this site that suggestions like this are useless because I don't know what the fuck they're talking about, Megalodon finally got fed up with me:

Megalodon
It'll be a breeze. The Ducks are like the Targaryens because they used to be really powerful and now they are again, but nobody is giving them any respect. The other teams are busy fighting amongst themselves while the Ducks have three fucking dragons and just might scorch the world and fly all the way to a Cup.

Megalodon
There, I just did it for you.

Jer Dobias
this is the best article i've ever written

And since we never miss an opportunity to do some dumb MS Paintjobs around here...

Ryan Dunn
If you like, I can slap duck heads on the dragons.

Jer Dobias
okay, sure do the photo editing for me, Meg already wrote my article for me earlier today. 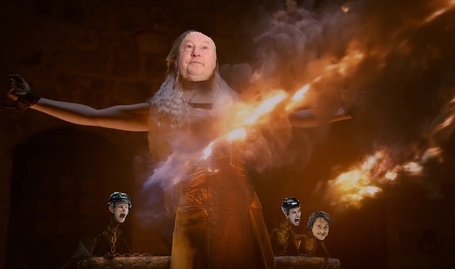 I'm sure that's a very funny joke for you nerds.

The suggestions didn't stop coming after that though... 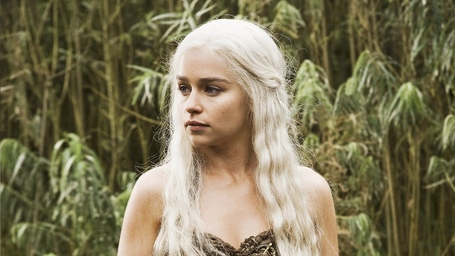 Welp, I think that wraps it up. I feel really good about all of the hard work I had to do for this article.

Oh, what's that? I was supposed to tie this all in to the trade deadline? Shit. I thought I was going to get off easy without actually having to write anything.

Hey wait a minute, I have an idea!

Jer Dobias
Hey Earl, what do you think will happen for Anaheim at the trade deadline?

Earl Sleek
Well Jer, the way I see it is that the Ducks stay quiet for most of the morning, but as the day progresses and none of Jarome Iginla's hand-picked teams show any willingness to pay Calgary's asking price, rumours (with a "u") will begin to swirl around whether Iggy wants to expand his list to include Anaheim or Ottawa, and that will be a pretty exciting hour or so for Ducks fans on Twitter.

Then the Flames will finally trade Iginla to the Penguins for three third-rounders, and we'll all go "damn." Then the actual Ducks brass, who never had any conversations with or about Iginla at any point that day, will trade for some depth player who it turns out played for years under Bruce Boudreau before we were paying any attention. Or something like that.

And that's how you write an article.