Share All sharing options for: Los Angeles Kings Gameday: All backed up

When thinking of the Dallas Stars, I always tend to think back to a former hockey teammate of mine in high school. Not Andy the Jet, sorry guys. No, I think back to Fred. Fred actually joined the team when he was sophomore and not a freshman. I was a year older than Fred was, and was still on the Frosh-Soph team at my school. Fred could actually skate pretty well, had a really quick shot that he kept low, and could pick corners when he got space. Putting it bluntly, he was way too good to be on our Frosh-Soph team, seeing how they were more of the Andy the Jet variety. But Fred had one glaring weakness. Before every game, practice, and probably whenever he even thought about hockey, Fred would get high. Now, a number of guys on every team smoked some weed before practices, and very few before games. I may have been drinking in the locker room, but that was after games, and it was only one beer. Even the guys that smoked before games usually only did so rarely. Not Fred. He reeked of weed every time he laced up his skates, and usually would ask anyone if they had any chips in their bag (which brings up real questions of bacteria and food).

For the most part, Fred played fine. But every once in a while he would get caught completely out of position, or fail to realize his line was supposed to be going on. After a while the coaches caught on, and they weren't too pleased. They apparently tried talking to Fred's mom, but she either didn't care, or she really didn't know any English as Fred had claimed. Fred was pretty old for a sophomore so he was able to drive himself, and he kept on smoking in his car right as he showed up to the rink, despite the coaches knowing. I'm sure they felt ethically obligated to toss Fred off the team, but, as mentioned, he was pretty good and we didn't have Andy around to pick up the slack.

One Saturday morning dawn practice that I actually attended because I had to drive my brother to it, Fred was in even worse shape. He was stoned, naturally, but was also clearly hungover. This again was nothing new, as even the coaches occasionally showed up hungover to the Saturday practices. Things were going pretty normal up until halfway through practice where we took a break. Fred looked even worse, and we all figured the night before was catching up with him. Fred took off, and it was assumed he ran off to throw up without the coaches seeing.

As we started back up for practice, our coach noticed pretty quickly Fred was absent. One of the guys covered for Fred and said he was having to fix his shin pads or some bullshit. A good twenty minutes later Fred finally reappeared but he was back in his street clothes, except for his shoes, as he was barefoot. Our coach was obviously pretty annoyed and skated over to Fred to figure out what the hell was going on. He asked Fred why he had changed out of his equipment.

Incredulously, our coach asked him why that was.

Growing even more annoyed our coach asked again why that was the case.

Clearly no more than a half an hour ago Fred had socks, or at least was willing to practice with the extremely uncomfortable scenario of skates without socks. Fred was of course asked what had happened to his socks.

"I had to take a shit," answered Fred.

An interesting response. Still, it didn't really answer much about the socks. So Fred explained what had happened. Fred had the urge to go, worse than in most cases. Once again, this was an occurrence that was pretty widespread through the team. Fred had raced over to the rink's bathroom only to find it was locked because the rink manager hadn't unlocked it yet. This happened every once in a while, and guys would try and go find the manager to unlock the door, or would simply just hold it. Things were not so easy for Fred, as alcohol soaked doodie was sitting in his guts, and the weed had relaxed him enough to where things could get messy really fast.

Deciding that this turd baby was coming, Fred left the rink and went outside and around the rink to where it bordered one of those man-made river beds for runoff. There was also a very busy traffic bridge along the other side of it. In his full hockey gear, Fred dropped trou and released his weed and alcohol fermented crap, while praying no one driving by would see him and call the cops to report a teenage guy in hockey equipment taking a dump in a storm drain. 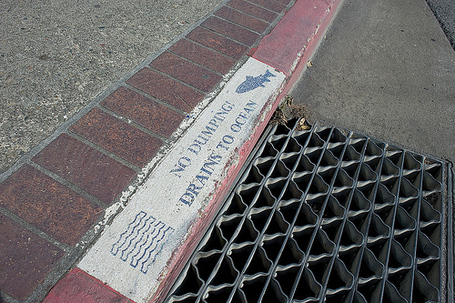 Lucky enough that no one did such, Fred finished up after nearly fifteen minutes of dump taking. By then he realized that he was out of a certain important necessity, seeing how he was in a ditch. Forced to improvise, Fred removed his skates, and then his socks, and cleaned up using them. He left his socks with his filth, and then came back to practice.

At this point the entire team, our coach included, was having a pretty good laugh at Fred's expense. Up until the rink manager showed up demanding who left a pair of shit stained socks with a steaming pile of crap on the side of the building.

Fred, like Andy, would not last the rest of the season. He was suspended from school, and transferred shortly afterwards, following an incident where a teacher discovered Fred was strung out on cough syrup during English class.

What I'm trying to say is that the Dallas Stars are gigantic, disgusting pieces of shit.