While the Ducks continue to stockpile fourth line players, and the Sharks continue to somehow get anything in return for (Z)useless pieces, the Kings are best served by not doing shit. The past deadlines under the Darryl Sutter/Terry Murray years have yielded for the Kings their top six wingers: Justin Williams (for Patrick O'Sullivan and a second round pick), Dustin Penner (for Colton Teubert, a first, and sort of a third), and Jeff Carter (for Jack Johnson and a first). Some less memorable trades included Freddy Modin for basically nothing, and Jeff Halpern for Teddy Purcell and a third rounder. Yeah, that last one sort of sucked. Everything else I would say was pretty good. Of course the Kings overpaid for Dustin Penner, but hey, there's this: 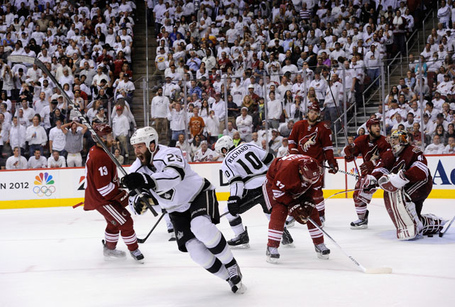 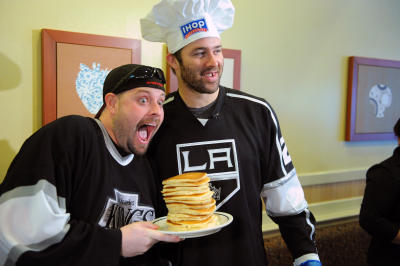 Along with the beard and handlebar mustache, well, I can forgive.

Except the Kings traded for Robyn Regehr. Lombardi may not have paid a ton for the guy, though it seems a rather unnecessary move. Mostly because, as Jewels from the Crown put it, he sorta sucks. He may throw down, but so does Fraser, and Nolan, and Clifford, and King, and Richards, and even Ellerby. And it's not like the Kings defense has been crappy lately. But it's not the end of the world. As long as the Kings don't re-sign him. Please, god, don't do it. This if of course based upon zero games played by Regehr for the Kings. The mark of a true sports writer.

As for the Phoenix game tonight, my guess is that with Regehr coming over, if he plays, he takes Alec Martinez's spot. The last game A-Mart sat was in Phoenix. Probably so he doesn't have to deal with Arpaio, who is basically a real version of Eric Cartman. God knows this is all Arpaio sees whenever Martinez is in town: 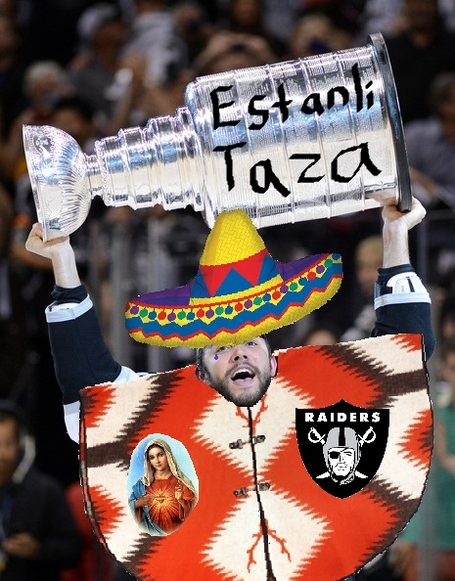 If I ever go to a Coyotes game, I am wearing that exact outfit just to piss them off.

The Kings now have seven out of eight points possible on this road trip currently. I came down with a cold the same time Regehr was traded to L.A. Coincidence? No way.