This one doesn't even matter.

Share All sharing options for: Anaheim Ducks Gameday: Let's All Take a Siesta!

The season is just about wrapped up, and it looks like today's a great day for a spirited game between Vancouver and Anaheim. Wait, what's this?

Not confirmed but wouldn't be surprised if Ryan Getzlaf and/or Francois Beauchemin might rest as well. Better idea on that tomorrow.

Well, shit. Thanks for the heads up, Eric Stephens of Orange County Register.

So much for a spirited game.

Rest up, team. We have playoffs to look forward to. 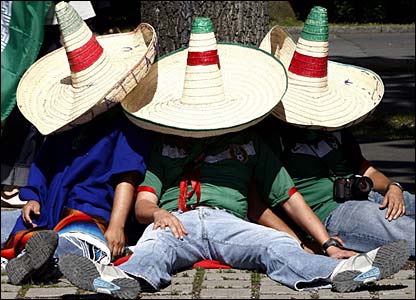 This is definitely racist.
Gameday Prediction: The depleted Ducks work their asses off to prove themselves, but get sleepy halfway through and take a nap.