"Jealousy is no more than feeling alone against smiling enemies."
- Elizabeth Bowen

If you haven't read today's articles from Meg and Dunn yet, you're not missing much. Just sour grapes from fans of lesser teams that couldn't keep up with Anaheim all season long. Now, frustrated at their own teams' completely underwhelming performances, they're misdirecting their anger towards the 2013 Pacific Division Champions, who coasted to the top without breaking a sweat.

Obviously their anger should be directed at their own streaky, inconsistent teams, or maybe even at themselves for the poor decision making that led to them becoming fans of said shitty teams, but when you're as angry and disappointed as Meg and Dunn are, it's hard to think rationally and react appropriately. 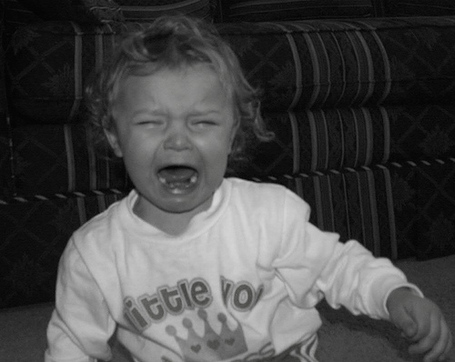 Anyway, it's the last game of the season tonight, and since winning or losing doesn't change where we stand in the rankings, no one is too concerned about the outcome. Unlike Sharks and Kings who are still involved in a pissing match trying to figure out who's second best, the Ducks already know that they're at the top.

I'll be at the Honda Center today, enjoying the last reasonably-priced game before October. Come say hi to me and buy me a beer; after all, my stellar blogging all season long played a big part in motivating the team to get to where they are today, sitting atop the Pacific Division, just pissing downwind towards all of the other shitbag teams.

It's going to be a good day.