Sharks vs. Canucks Preview: The 5 Most Embarrassing Facts about George Vancouver

George Vancouver, namesake of the city of Vancouver, was as almost as bad and embarrassing as the Canucks.

Share All sharing options for: Sharks vs. Canucks Preview: The 5 Most Embarrassing Facts about George Vancouver

In case you weren't aware (and really, why would you be?) the city of Vancouver was named after British explorer, globe-enthusiast, and double-chin-haver George Vancouver. That's a picture of him up at the top of this article - maybe. Wikipedia officially labels the image as "Probably George Vancouver" so in the interest of transparency I'll say that I can't PROVE that is George Vancouver up there, looking like James Madison's fat button-loving cousin.

George Vancouver is best known as an explorer, having commanded several expeditions exploring the Pacific and mapping the Pacific Northwest. He was also, not at all surprisingly if you look at his picture up there, a huge fan of Sandwiches.

Vancouver sailed south along the coast of Spanish Alta California, visiting Chumash villages at Point Conception and near Mission San Buenaventura.[7] Vancouver spent the winter in continuing exploration of the Sandwich Islands, the contemporary islands of Hawaii.

The next year, 1793, he returned to British Columbia and proceeded further north, unknowingly missing the overland explorer Alexander Mackenzie by only 48 days. [...] With worsening weather, he sailed south to Alta California, hoping to find Bodega y Quadra and fulfill his territorial mission, but the Spaniard was not there. He again spent the winter in the Sandwich Islands.

George has been honored many times by several different nations, and the Vancouver where the Canucks play hockey isn't the only place to be named after fat old George:

Vancouver Island, Canada; the cities of Vancouver, British Columbia, Canada and Vancouver, Washington, US; Mount Vancouver on the Yukon/Alaska border and New Zealand's fourth highest mountain[2] are named after him.

Wow, the fourth-highest mountain in all of New Zealand, huh? Impressive.

Obviously Mr. Vancouver must have been a historical figure of titanic importance (and also fatness). Let's run through some of the highlights of his life and see exactly what sort of man we are dealing with here.

The Five Most Embarrassing Facts about George Vancouver

#5 He was involved in something called the "Nootka Crisis" 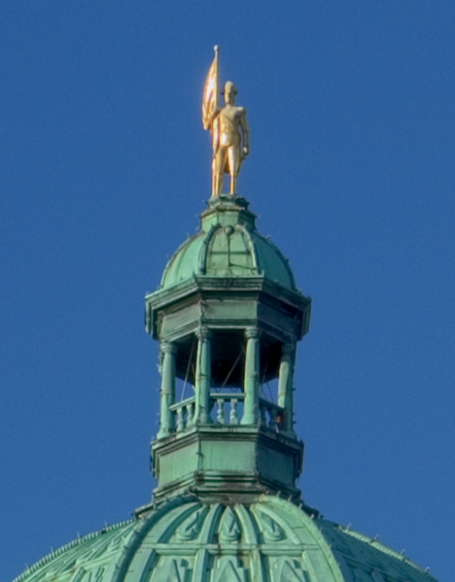 A life-sized gold statue of George Vancouver commemorates the time he got drunk and climbed up on top of a building and had to be helped down.

The "Nootka Crisis" was some stupid garbage diplomatic dispute that went down between Britain and Spain. They were fighting over some inlets on the west coast of Vancouver Island and British vessels were seized by the Spanish navy and oh my god who cares. Ultimately nobody died and nothing important seemed to come of the whole thing, although the dispute DOES have a really silly name so that's fun I guess.

Early in his naval career George Vancouver served on a ship that was vaguely involved in this vaguest of all international crises. It marked the beginning of his proud tradition of getting a great deal of credit for being feeble and ineffectual.

#4 The Canadian stamp "honoring" him doesn't show his face 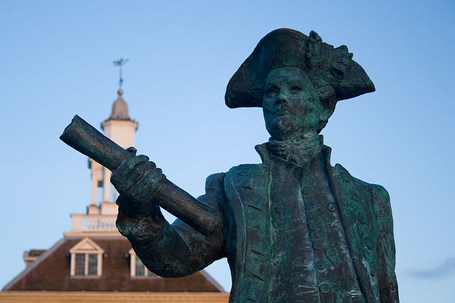 A statue of Vancouver in King's Lynn, England that is so ugly pigeons refuse to crap on it.

Canada Post issued a $1.55 postage stamp to commemorate the 250th anniversary of Vancouver's birth, on 22 June 2007. The stamp has an embossed image of Vancouver seen from behind as he gazes forward towards a mountainous coastline. This may be the first Canadian stamp not to show the subject's face.[15]

This isn't exactly a surprise, of course. If they had shown Vancouver's stupid face on the stamp the postal carriers would have just thrown all the letters into the garbage instead of delivering them. 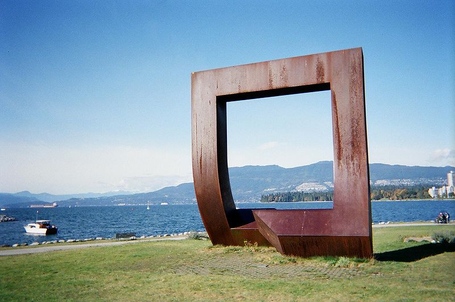 This monument pays tribute to George Vancouver's legacy as a big ugly square.

So George Vancouver's main claim to fame is as an explorer. He must have been good at exploring then, right?

Vancouver failed to discover two of the largest and most important rivers on the Pacific coast, the Fraser River and the Columbia River. He also missed the Skeena River near Prince Rupert in northern British Columbia. [...] Stephen R. Bown, noted in Mercator's World magazine (November/December 1999) that:

"How Vancouver could have missed these rivers while accurately charting hundreds of comparatively insignificant inlets, islands, and streams is hard to fathom. What is certain is that his failure to spot the Columbia had great implications for the future political development of the Pacific Northwest...."[10][11]

Well, hold on. Maybe I'm not being fair. I mean, it was probably really tough to find the Columbia river, right?

The Columbia River is the largest river in the Pacific Northwest region of North America.[9] The river rises in the Rocky Mountains of British Columbia, Canada. It flows northwest and then south into the US state of Washington, then turns west to form most of the border between Washington and the state of Oregon before emptying into the Pacific Ocean. The river is 1,243 miles (2,000 km) long, and its largest tributary is the Snake River. Its drainage basin is roughly the size of France and extends into seven U.S. states and a Canadian province.

I'd tell George Vancouver to go to Hell, but I know there's no way he'd be able to find his way there.

#2 He died lonely and forgotten 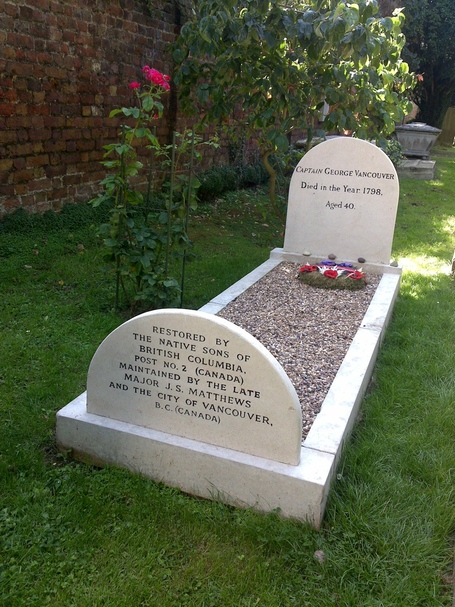 Captain George Vancouver, one of Britain's greatest explorers and navigators, died in obscurity on 10 May 1798 at the age of 40, less than three years after completing his voyages and expeditions. His modest grave lies in St. Peters churchyard, Petersham, Surrey, in southern England.

He only lived until 40? Man, those must have been some unhealthy sandwiches. 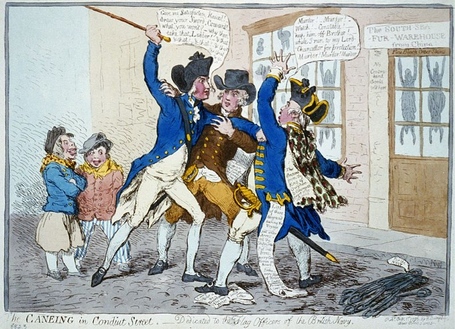 Is this cartoon super racist or just very poorly drawn?

After he hung up his extra-large explorer's pants, George Vancouver returned home to England and embarked upon a new career of sucking as a private citizen. People who were angry at Vancouver for what a loser and a jerk he was started hurling accusations at him.

Vancouver faced difficulties when he returned home to England. The accomplished and politically well-connected naturalist Archibald Menzies complained that his servant had been pressed into service during a shipboard emergency; sailing master Joseph Whidbey had a competing claim for pay as expedition astronomer; and Thomas Pitt, 2nd Baron Camelford, whom Vancouver had disciplined for numerous infractions and eventually sent home in disgrace, proceeded to harass him publicly and privately.

Uh oh, Vancouver, it looks like you're going to have to stand up for yourself!

Pitt's allies, including his cousin, Prime Minister William Pitt the Younger, attacked Vancouver in the press. However, Pitt took a more direct role; on 29 August 1796 he sent Vancouver a letter heaping many insults on the head of his former captain, and challenging him to a duel. Vancouver gravely replied that he was unable "in a private capacity to answer for his public conduct in his official duty" and offered instead to submit to formal examination by flag officers.

Oh man, George, come on. You're embarrassing yourself. This guy sent you a letter insulting your honor and challenging you to a duel, and your response is just to whine and weasel out of any confrontation? That's pretty lame, man. I wonder how Pitt responded to the whole "flag officers" thing?

Pitt chose instead to stalk Vancouver, ultimately assaulting him on a London street corner. The terms of their subsequent legal dispute required both parties to keep the peace, but nothing stopped Vancouver's civilian brother Charles from interposing and giving Pitt blow after blow until onlookers restrained the attacker. Charges and counter-charges flew in the press, with the wealthy Camelford faction having the greater firepower until Vancouver, ailing from his long naval service, died.

So George just got beaten up by his opponent and did absolutely nothing about it until being completely defeated?