A sad look at a shell of a man

Share All sharing options for: Los Angeles Kings Gameday: Sucks to be Smyth

Ryan Smyth has had it rough. Well, if you look past the fact he has been successful as a professional athlete making millions of dollars. But besides that, Smyth has been shat on since birth. He's not an attractive man. He's Canadian. He has a weird fetish for the city of Edmonton. It's not easy being Smyth. We can all say he is a stupid piece of shit demanding a trade, then denying it, and then missing out on a Cup the following season. He seemed really tore up about leaving Edmonton. He went to the Islanders, the Islanders, to try and win a Cup. He experienced a first round exit.

One trip to Colorado later for another attempt at winning, things backfired for Smyth again. The Avalanche finished dead last in his second season. Smyth came to L.A. (a move I didn't like because I knew Smyth was a nut sack) and the Kings made the playoffs twice, and got bumped twice in the first round. The infamous trade demand/"I didn't say that" happened and the Kings are laughing their asses off at the poor little Who from Whoville that next summer. 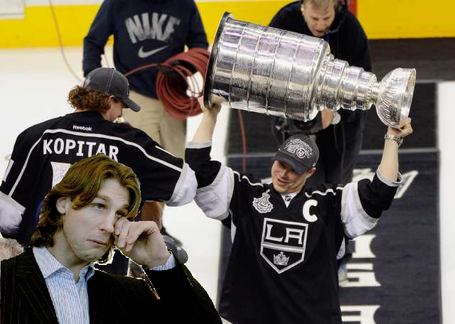 But if it wasn't for Smyth, the Kings wouldn't have had space for Jeff Carter being added to roster. So thanks Ryan Smyth. You also gave us Colin Fraser, so you kind of screwed with us there, also. But most of all, you are suffering enough for your wrongs. 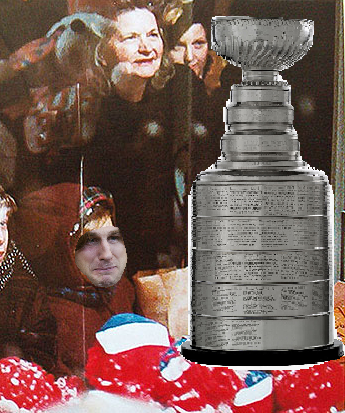 Hope you are having fun in Edmonton.

Despite a 3-0 shutout win over the Wild in their last game, the Kings didn't exactly look great. Minnesota looked pretty crappy for stretches, and only the Zach Parise - Mikko Koivu - Jason Pominville line caused any concerns. L.A.'s goals came via counter attacks, which isn't exactly the Kings schtick. They had only 14 shots, but scored on their first two of the game. I wouldn't expect that rate to continue, so hopefully the Kings continue the trend of dominating possession and get some goals that way also. Robyn Regehr looked pretty solid, and only had a few noticeable lapses, while also (and semi miraculously) starting a breakout for a counter. If he keeps that pace up, Regehr should make me less stressed out, though I would still like to see him paired with Alec Martinez rather than Keaton Ellerby. The Drew Doughty pairing was less worrisome, but Ellerby and Jake Muzzin is asking for trouble.

Prediction: I was actually close last time, just not with the goal scorers. This time Nail Yakupov gets lit up, Jonathan Quick gets the start, and Justin Williams pots another en route to a 4-2 win.