I attempt to resolve some bad blood

It's me, Get'r. I know last game was brutal. Trust me, we Kings fans know about crushing defeats to in-state rivals. And while the shoe was on the other foot this time, I feel like I should take the high road regarding game two. Sure, you may be upset now, while two years ago with the Kings' catastrophic collapse you were euphoric and merciless. I'm not going to call out some of you for the role reversal and how "mean" those "L.A. douches" are. I'm not trying to make some subtle little quips. I am 100% sincerely sorry.

Now there has been a little bit of talk about Tyler Toffoli diving for the first call (really?) and the idiotic delay of game call that exists, but the truth of the matter is the Kings brought it for the last half of the third period. They drew a call, and got lucky with the second one on Vlasic. Logan Couture failed to clear, goal one, and Joe Pavelski did his best Alex Ovechkin on a back-check impression, goal two.

Still, the sun came up this morning, and we all (well, most of us) woke up alive and well. A 2-0 series deficit is surmountable obviously, and the Sharks are very tough at home. Let's look past the rough games we have witnessed, as our teams beat the hell out of each other. It's all a game anyways. Just one that basically consumes all of our waking consciousness.

And San Jose did a lot of things well, such as take advantage of the Kings sleeping in the second, and exploiting Colin Fraser while he was filling in for Anze Kopitar. Tyler Toffoli saved the day, and Los Angeles should be stoked they have a 2-0 series lead. It was a pretty gritty performance by both teams, and is bitterly disappointing for the Sharks that God just loves L.A. more. Two goals in twenty-two seconds is just damn frustrating, and having them come in the last few minutes to change the lead...whew, I'm thankful I wasn't on the receiving end of that. But the Sharks are a resilient bunch, and being down 2-0 isn't the end. Though it doesn't help the Sharks haven't won a series when losing the first two games. But have faith. You'll see. Maybe. 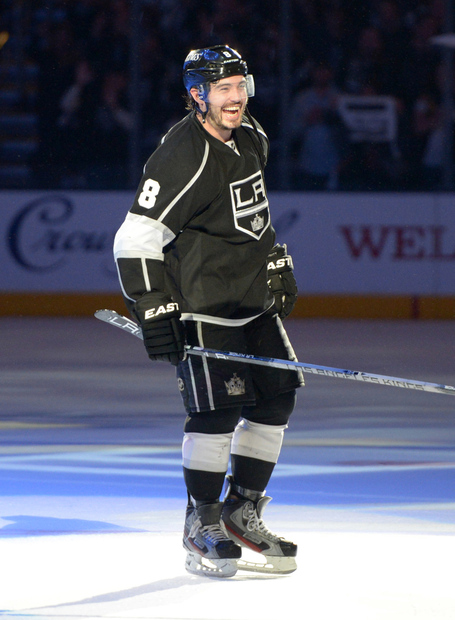 Again, I am really, really sorry.

The Kings had a crappy start in the first ten minutes, a great next twenty, an atrocious twenty, and then a phenomenal ending ten. Here is a chart: 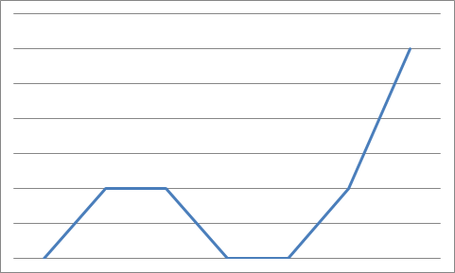 Toffoli has been emerging as the star many predicted he would be, and Trevor Lewis has returned to causing the Sharks problems. Playoff Penner is in full swing, and I'd be hesitant to break that line up. I'd also put Dustin Brown with Richards and Carter just so that he stops hurting Kopitar. But that's just me.

Lastly, Jordan Nolan goes to check in on Jarret Stoll, who appears to have suffered a pretty bad head injury following the Raffi Torres hit.