Sure, I should be looking ahead, but...

I really wasn't sure if more gloating was necessary, or if the Sharks faithful here were an alright group. I had my inclinations that the regulars of BoC, were pretty easy going, and only mild gloaters. However, that 2011 series...well, it was a pretty nasty series that broke pretty horrendously for the Kings. Obviously, we all know where the vast majority of Fear the Fins readers stand, but I didn't want to dirty things up immediately. But looking back, the vast majority of comments here at Battle of California after the closing of the Kings and Sharks in 2011 were fairly reasonable. It was incredibly disappointing. There were a few gifs of Joe Thornton sliding around, blowing kiss, being a butthead, etc and of course a couple of Sleektoons, but surprisingly the Ducks fans were the ones doing most of the shit talking. Mostly about how they owned California, and had a Cup, and blah blah who gives a crap.

My how the times have changed. But really Sharks fans, pick your heads up. You had a game seven that was damn memorable. Unlike the Washington Capitals who got absolutely annihilated in theirs. In fact, San Jose, you did better than all of Canada!

The Oilers, Flames, and Jets all missed!

The Canucks were swept!

The Senators were blown out multiple times (not sexually)! 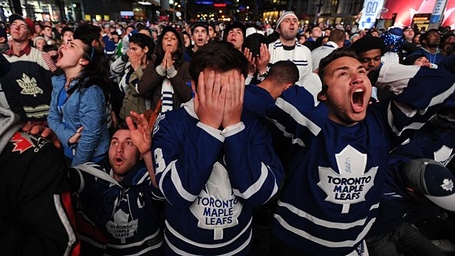 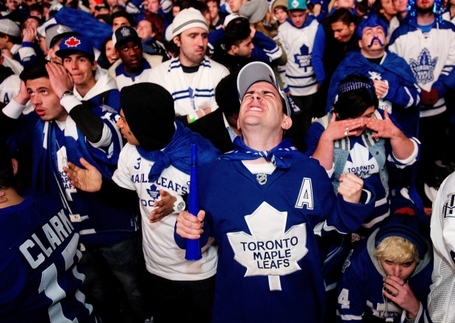 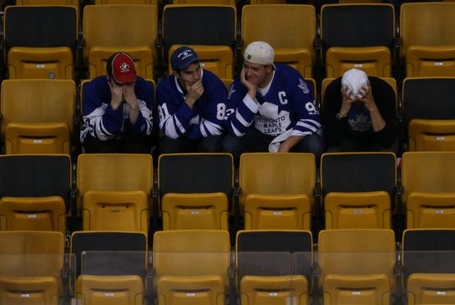 Frankly, you guys got off pretty light. Jonathan Quick carried the Kings through the series, and if it wasn't for the game two comeback and Trevor Lewis (hahahahaha, Lewis. Er, sorry) the Sharks would have probably won the series.

However, for those Thornton gifs

I'll say we are even. Until next year, when the Sharks and Kings inevitably meet up again. Good series.