Good day, readers. Today I'd like to talk to you briefly about a few different topics.

The Sharks make their home playoff debut tonight, and they'll do so wearing their black third jerseys again. They're going to wear them for every home game in these playoffs, because the players like the way they feel. They're lighter or some bullshit like that.

This will be the third year in a row the Sharks take the black at home in the playoffs. So has it actually helped them win games? Here's what Working the Corners said:

If you’re curious, the Sharks are 25-7-4 the last three seasons wearing the black jerseys, were 5-1-2 this past season and are 10-13 overall in the playoffs.

So great during the regular season, not so awesome in the playoffs. Sounds like a perfect fit for the Sharks.

I'm not sure that I would be so keen on wearing those third jerseys again after such a disappointing performance last year in the playoffs, but you know what they say. Once you go black...

Recently, we here at Battle of California have had the good fortune to attract the attention of a number of humorless idiots. These morons have stumbled across our articles one way or another and have completely and utterly failed to grasp that something outrageous they are reading on the Internet might be intended as some kind of joke.

I have made it an unofficial blog goal to build a collection of at least one fan of every single NHL team missing our jokes by miles. Here is what I have so far:

Here is a Vancouver Canucks fan not recognizing when something is a joke.

Here is a St. Louis Blues fan not recognizing when something is a joke.

Here is a Red Wings fan.

Whatever this guy is.

There are many more out there, I know it. So I'm asking you, readers, to find and submit your examples of people becoming outraged by Battle of California articles or comments (or the work of our writers on other sites). There are probably a bunch of additional examples in our own archives, as well as around the web where people are discussing what terrible, terrible people we are.

Thank you for your assistance.

Topic 3: The People vs. Judson Couture

Judson Couture deleted his Twitter account on Saturday. I don't really want to get into all the details about what happened, since it makes me sad (and because I think the right to be forgotten is a good principle), but I feel like I should address it briefly since I have a bit of a history with Judson.

Judson used some very inappropriate and homophobic language to refer to a member of the Vancouver Canucks, and then when people were complaining to him on Twitter about what he said he responded with additional homophobic and very very racist language.

Later on he kind of apologized, but not really, and said that he was just "chirping" and "making offensive jokes." Then he deleted his Twitter account, which was the smartest thing he had done since the whole mess began.

As I said on Twitter, I don't think Judson is a bad guy. But, obviously, he said some horrible and inexcusable things. The Internet allows ignorant young people to spout their stupid bullshit for the world to hear, and that means that sometimes stuff like this is going to happen. Judson probably feels pretty awful right now, and he should. The true measure of his character is whether this experience causes him to understand why what he said was unacceptable or if he retreats further into ignorance and anger at those who called him out on his mistake.

The most important part of this whole incident to me, though, is the idea that Judson thinks what he was doing was "chirping." This offends me deeply, not just as someone who doesn't appreciate racism or homophobia, but as someone who talks shit on a professional level, day in and day out, on this crappy blog, on other crappy blogs, and on Twitter. Racism and homophobia are abhorrent and unacceptable, sure, but more importantly they are just LAZY ways of trash-talking someone. If you throw an ethnic slur at someone you are trying to shit-talk all you are doing is demonstrating that you are too dumb to come up with an actual original and creative insult.

Step-up your chirping game, Judson. Maybe hang around Battle of California for a while, we'll show you how it's done.

I could not fucking believe that the Sharks won that game on Friday night. Holy balls, you guys.

Canucks breakout: "Hey can you guys let us into the zone?" "No."

I could live to be 100 and never see the Canucks win a cup. I honestly believe that. It's literally never going to happen. 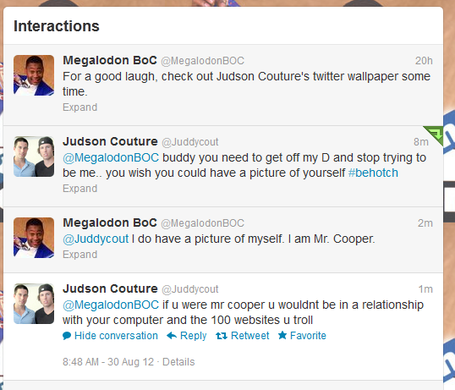 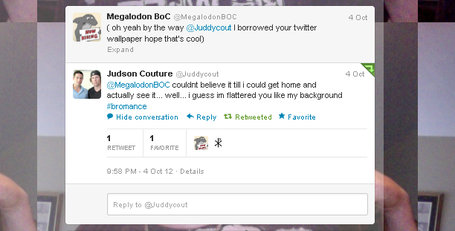 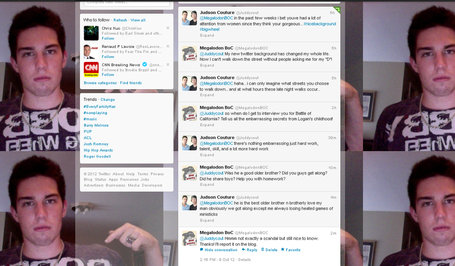