Screw "most valuable". Who's most fashionable?

Share All sharing options for: The 2013 NHL Fashion Awards!

The NHL Awards are always a controversial topic. It seems that people will never agree on the outcomes, but luckily I am here to help clear things up. Consider me the Tim Gunn of the hockey world, here to help clear up the clutter of attire of the winners and candidates to find out who was absolutely fabulous. Fortunately, this year only the winners were around to be photographed, so we don't have to waste time with those has-beens and wash-ups. So here we go. Make it work, people! 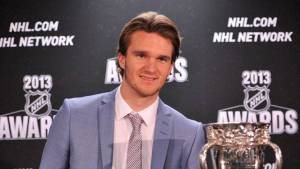 Is this actually Jonathan Huberdeau? I am seriously asking. For all I know, Brendan Gallagher stole the Calder trophy, got his picture taken, then took off. In any case, wearing Jim Carey's suit from Dumb and Dumber was an interesting wardrobe decision. I'd say a modest 2 snaps. 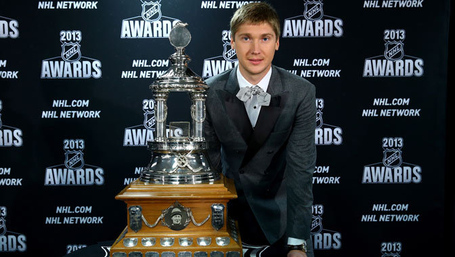 Mother of god. What the fuck is going on here? I know it's his mom, but Sergei should really stop having her cut his hair for him still. Get your suit pressed, and wear a normal tie. Is that a bow-tie or an ascott? You look like an asshole, Bob, stop. They must not have lockers in Russia to be stuffed into when you are in junior high. Only 1 snap. 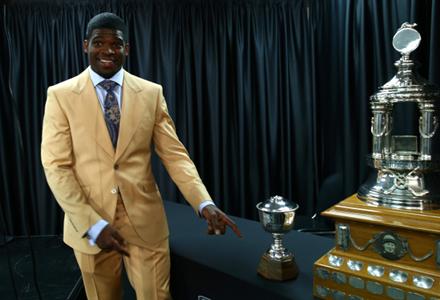 Personally, I think going with Brady to be the host of this year's awards show was a risky decision by the NHL brass. I liked to think it worked out pretty well since he is such a charismatic and likable guy. The outfit was a little out there in a blatant attempt to be avant-garde that was heavy handed, but if anyone could make it work, it's Wayne Brady. 3 snaps. 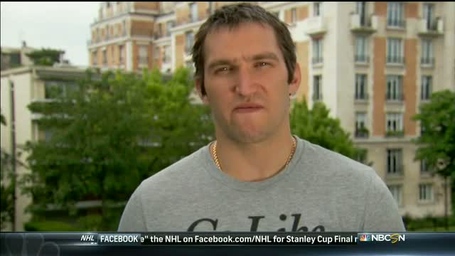 Call me narrow minded, but I just don't think Russians should be allowed at awards show anymore. Alex here looks like he rolled out of bed five minutes ago, had a tall glass of vodka and potato tears, then threw on a gold chain for an extra douchey bonus. "Oh? MVP? Don't mind if I look like a tall pile of flaming water buffalo abortions, do you?" Mr. Ovechkin here is all the evidence you need as to how the Soviets lost the Cold War. But the dressed down look is so in right now! 4 snaps. 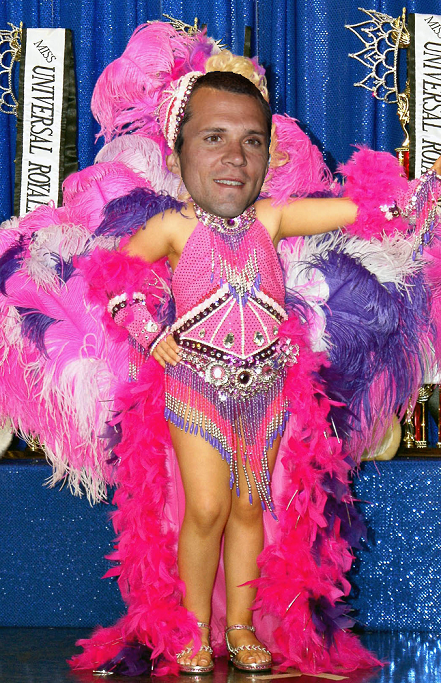 The outfit Mr. St. Louis chooses is exquisite. It's these sort of decisions that make him a front runner for the Lady Byng trophy year after year, and he never fails to disappoint. Feathers can have the potential to look absolutely gaudy, but with right cut they can accent a look to perfection. These are the little details a veteran eye like Martin can pick up on and what he has honed his talents to after years of intense hard work and dedication. Snaps in Z formation! 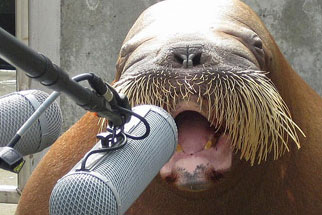 Wearing brown to an awards show is a never good idea. And I don't know what inspired him to bleach his mustache. Still, he is always personable, ready to do an interview, even if Paul spends half the time asking for fish. You can't hate the guy, especially since he topped Bruce Boudreau. An overly generous 2 snaps.