Share All sharing options for: Dustin Penner Returns to the Anaheim Ducks

It's a questionable move, but ultimately a low cost, low risk, high potential-reward move. Dustin Penner has come back to the Anaheim Ducks after a fling with the Edmonton Oilers and a few years with the Los Angeles Kings. Anaheim will being paying him $2 million for one year of service, a considerable pay cut from the $3.25 million that Los Angeles was dumb enough to pay him, and as Dennis Bernstein of The Fourth Period points out, a much better bargain than what some teams are paying for similar output. As long as Penner can prevent any further nonsense injuries to himself, this isn't all that horrible of a move. It's nothing all that impressive or exciting, but it could have been worse. 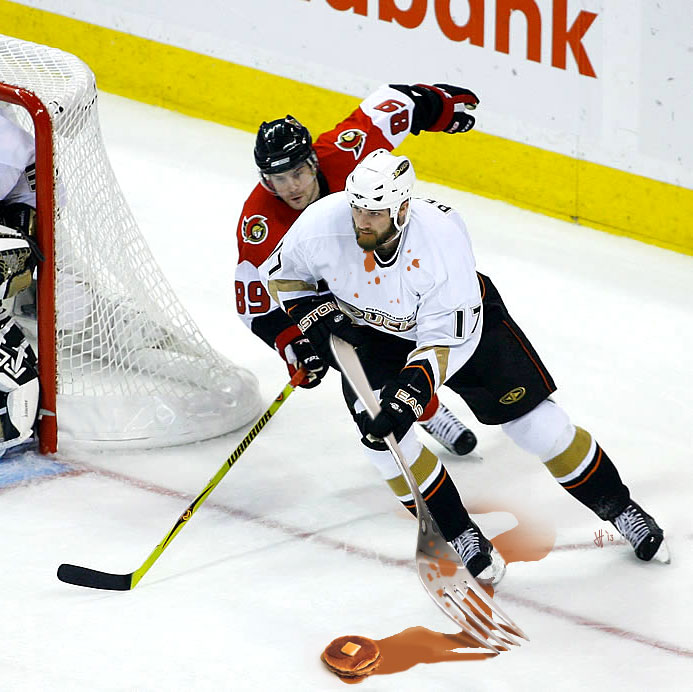 This entire article is mostly an excuse to use this image, which misguided Wings fan Josh Howard made just for the occasion.

So, what say you? Horrible mismanagement from Bob Murray, or an exciting opportunity to get the band back together?