A choice I made on my own without any input from the masses. You know, democracy

Please play and repeat as necessary for full effect.

While it was a close race to see who the greatest American King was, involving the likes of Jack Johnson, Jeremy Roenick, and Barack Obama, Jonathan Quick is the clear winner. While I could say something about his goaltending ability and crunch time heroics, let's not. Let's just focus on this. 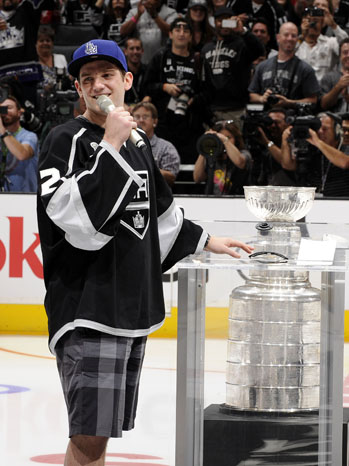 Knock off baseball cap, likely made in China? Check.

That's an American hero right there. He wins. He messes with you. He swears on national television because he knows he can get away with it. Why else, you ask? Because he is an American, you sorry non-American piece of shit. Go back to your cave and shit in a sock. There is nothing more patriotic then gloating, being a dick, and going through life without worrying about consequences.

What? Do you think the refs were going to call anything on Quick? "Two minutes for not taking shit!" Yeah, right. Even if they did, Quick would have gotten in their face, insulted them, their mothers, and then spit at them. Those are the founding features of our great country. "Couture" is just Canadian for "Communist" and Quick's not having it. Take your socialized healthcare and die waiting in line for a doctor. 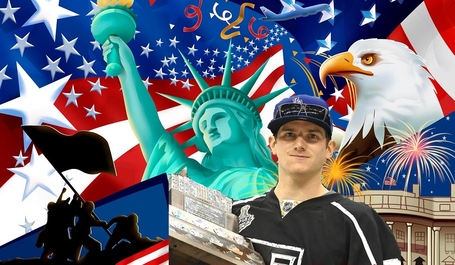 I could give you a full extensive list of every American good ol' boy to suit up for the Kings, but that's not what we do here in America. You can take you facts and shove em right up Hitler's ass! Oh? And what's that? Dustin Brown is the best American player on the Kings?

He's very good. We all like Dustin here in Los Angeles.

But he's not a super patriot like Jonathan Quick! Jon was born in Connecticut, home of hard working Americans. Dustin was born in New York, which is totally an elitist state. Don't question me. That's unAmerican. So go ahead. You can sit around and think Mr. Sitswithbeer is a classless egotistical drunk of a goalie, or you can accept reality: That he paid for that beer with his hard earned money from his thankless job, giving a huge corporation additional monetary gain, stamping out the pathetic "craft brews" of "family companies".

Jack Johnson: Proving this is the land of opportunity, making it as a top four NHL defensemen with virtually no defensive talent.

Jeremy Roenick: Proving this is the land of opportunity, especially on television, even when you are a gigantic douchebag and crying sad sack of self pity.

Barack Obama: Not really a Los Angeles King, but he is certainly King of America what with his policies on- 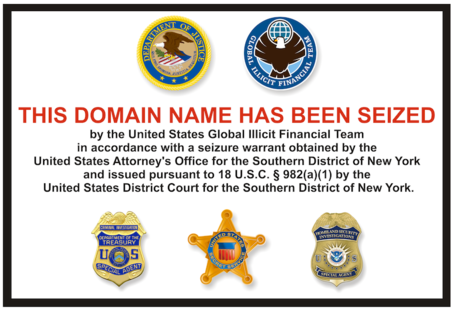