Getting to know the mysterious German who owns the San Jose Sharks.

Hey everybody! Don't kill yourselves yet, because Wiki-Sharks is back! 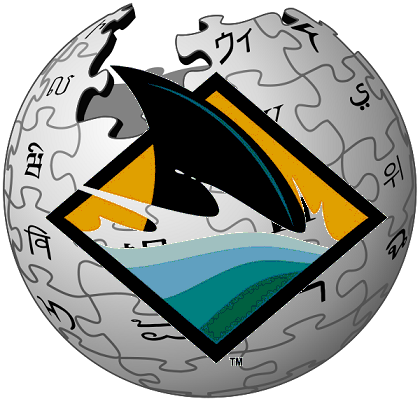 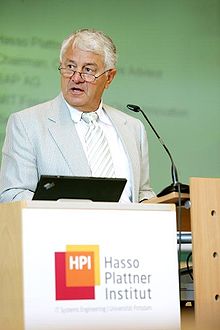 "What is so funny about 'SAP Center'? I do not understand the humor."

Hasso "Der Hammer" Plattner has been part of the group that owns the San Jose Sharks since 2002. In 2010 he became the majority owner of the team, and early in 2013 he bought out two other investors to take over as the team's Board of Governors representative and primary Owner Guy. But just who IS Herr Plattner? We all know there's only one place to go to find out the real scoop!

Hasso Plattner (born 21 January 1944 in Berlin, Germany) is a German businessman. He is a cofounder of software company SAP AG, and has served as Chairman of the Supervisory Board of SAP AG since May 2003.

Hasso "H.P." Plattner's SAP AG makes some incomprehensible business software I think, and it has made him insanely wealthy. His company bought the naming rights to the Sharks' arena beginning next season, so we have him to blame for all the SAP Center jokes we will have to endure.

For his commitment to economics and science, Plattner has received a number of honours. Germany's manager magazin awarded its coveted Leadership Award for Global Integration to the "technology guru" and inaugurated him into their Hall of Fame, which honours personalities for their promotion of economic and social development in Germany. In 2001, Time Magazine Europe ranked Mr. Plattner number one on its list of the most important and influential IT personalities.

That all sounds pretty cool. It seems like Hasso "The Lasso" Plattner is actually a cool and intelligent guy, sort of a less-exciting, much-more-German Steve Jobs. I'll be honest - before I did this research into Plattner, I had kind of just assumed he was a vaguely-evil Conrad Black type of dude. That's just my mental default for "foreign ultra-rich white guy." I'm happy to learn my assumptions were incorrect.

In 2011, Plattner was estimated to be worth US$6.7 billion by Forbes, making him the 10th richest man in Germany.

Plattner has occasionally been brought into the public eye due to disputes with Oracle's founder Larry Ellison. Both share an unusual passion: racing transoceanic yachts around the world. The two have frequently come head-to-head, and such meetings have not been without their animosity.

Alongside sailing the high seas, Plattner is a keen golfer.

With his interest in sports prompted Plattner to move into the sports business. Plattner is an investor in San Jose Sports & Entertainment Enterprises, which owns the San Jose Sharks, HP Pavilion at San Jose and other related properties.

So Hasso "Hank" Plattner is a big fan of "sports" in general. This includes golf, billionaire hyper-yacht races around the globe, and also hockey sure why not I guess.

Other non wiki-sources say that Plattner has actually been a hockey fan since his youth, but I don't know if I can trust any source of knowledge that isn't user-editable.

Plattner has had strong connections with South Africa over the years and spends some of his time living there, while participating in charitable work. In the fight against AIDS, he supports the universities of KwaZulu Natal and Cape Town. His donation of six million euros for the Isombululo programme, for the prevention and treatment of HIV/AIDS was announced at the Presidents Cup, one of the world's leading international golf tournaments in 2003[1], and it is suggested that this amount will have helped 360 000 people.

In the spring of 2005, Plattner personally covered the costs of the 46664 benefit concert, which took place at his Gary Player designed golf course, The Links of Fancourt in George which is near Cape Town and which was broadcast globally on television. Proceeds went towards the former South African president Nelson Mandela's fund to fight AIDS/HIV.

Plattner has contributed €20 million to the reconstruction of the Stadtschloss in Potsdam, Germany, which was damaged in the second world war and demolished in 1959.

Plattner has signed The Giving Pledge in February 2013.

Also in 1998, Plattner founded the Hasso Plattner Institute [2] for software systems engineering based at the University of Potsdam, and in Palo Alto, California, its only source of funding being the non-profit Hasso Plattner Foundation for Software Systems Engineering. Plattner has pledged €50 million of his personal fortune over a period of 20 years. Since its foundation, Plattner's commitment to the HPI has quadrupled to over €200 million. He not only fully finances the HPI, but is also actively involved as a director and lecturer in Enterprise Platforms and Integration Concepts[3]

It's pretty cool that Hasso "The Mad Hatter" Plattner actually has connections to the Bay Area and software stuff. He's a good fit to be the owner of the Sharks.

He is married, has two children, and lives in Schriesheim-Altenbach near Heidelberg, Germany.

Together with Dietmar Hopp, Claus Wellenreuther, Hans Werner Hector and Klaus Tschira, he is one the founders of the software giant SAP AG. He was also chairman of the board until 2003 and is currently the chairman of the supervisory board.

It's pretty funny to see all that SAP AG stuff mentioned again on Hasso's page under "Personal Life," and that it takes up so much more space than that line about his wife and kids.

Also, check out those crazy German names! "Dietmar Hopp"? Is that what they call the Easter Bunny over there or something?

Anyways, it was a lot of fun learning about Hasso "Fatso" Plattner with all of you today. Now if you'll excuse me, I'm going to try to get in touch with Mr. Peter CHANG Lee to see if he'll give me some money to buy one of those rich guy yachts, because that all sounds fun as shit.

I'll see you in September!