Keeping Up with Cloutier

Share All sharing options for: Keeping Up with Cloutier

The first year eligible potential Hockey Hall of Fame inductees came out recently, and there are a lot of familiar names. Specifically, a lot of Pacific division former players.

There's also a lot of known shitheads. Such as

In fact, there are 25 former skaters that are first year eligible, with the list being right here.

However, there are only two goalies. One of them is Roman Turek (lololol). The other... 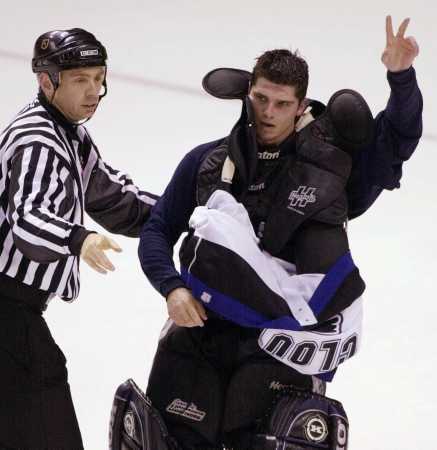 That's right kids, the one and only, Dan Cloutier!

Cloutier has an extensive resume of being in fights, getting hurt, and being beat by slap shots from halfway down the rink. 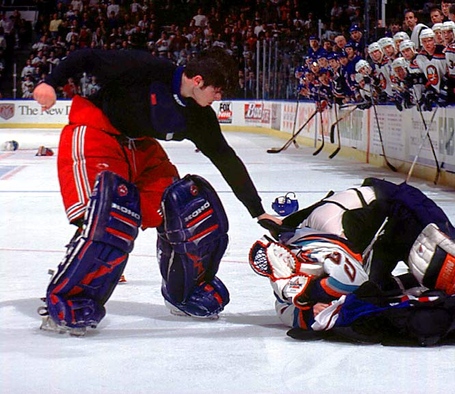 Dan Cloutier was also instrumental in the Los Angeles Kings Stanley Cup winning season by being a fucking awful goalie and letting the Kings stock up on high end draft picks. I guess you could say he was responsible for Drew Doughty, Slava Voynov, Wayne Simmonds (subsequently Mike Richards), and mi único Alec Martinez.

Okay, a few things to note:

Let's break down some Cloutier stats and comparable active netminders, shall we....

If I was Winnipeg, I'd really be looking for a new goalie. And, yes, Cam Ward won you a Cup, Carolina. But holy shit, does he suck.

In a historical sense, goaltenders that were as statically atrocious as Cloutier and stayed in the league as laughably long as he did include Garth Snow, Kevin Weekes, and Marc Denis. One person that does top Cloutier in awfulness (and games played) though: 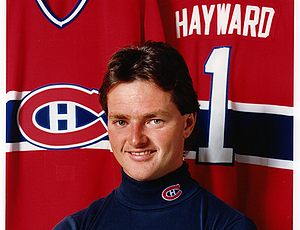 Thank you Jesus for this gift.

Anyways, what's Dan Cloutier been up to lately?

You can go home again even if you’re the butt of jokes. Former Canucks goalie Dan Cloutier was hired by the team to be their new goaltending consultant.

Knowing that their proverbial window may be closing, it's good to see the Canucks commit to the rebuild from the back out. I can think of no one better than Dan Cloutier to make sure your goaltending tanks.. He has my vote for the Hall of Fame, but as a "builder". The Lightning won a Cup shortly after his stint in Tampa. Vancouver was a perennial contender (except that they are a Canadian franchise doomed to fall short) once moving on past Cloutier. And again, the Kings won four short years AD (after Dan). The man is a hero.