Which lucky left winger will win a spot with Mike Richards and Jeff Cater?

While we all want to be involved in a foursome with Jarret Stoll (Paulina Gretzky optional), one player in the Kings' batch of underwhelming left wing talent has the prospect of completing the trio of bros with Jeff Carter and Mike Richards. But who will it be? Fourth liner, Kyle Clifford? New guy, Matt Frattin? Piece of shit, Daniel Carcillo? Wanted serial killer, Dwight King? We could try and guess who it might be based on style of play, and actual talent. Or just wait until camp starts and see who meshes. But it's August, and I'm bored. So let's figure this out using the best methodology we have at our disposal. 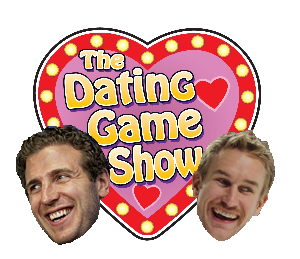 So grab the contestants, hit the lights, and cue the music.

Welllllll hello ladies and gentlemen! Today on the show, we have two lucky guys who are looking for their third Musketeer. They are on the rebound after moving on from a chubby. They like chasing pucks, and chasing tail. And they aren't big on staying dry (and all that implies). Say hello to Jeff and Mike!

Now let's meet the first bachelor. This gentleman is new in town, and is eager to scout the night life and local talent. He's rather mysterious, but this young buck that isn't afraid to get his hands dirty. Let's get to know Matt "Frat Party" Frattin! 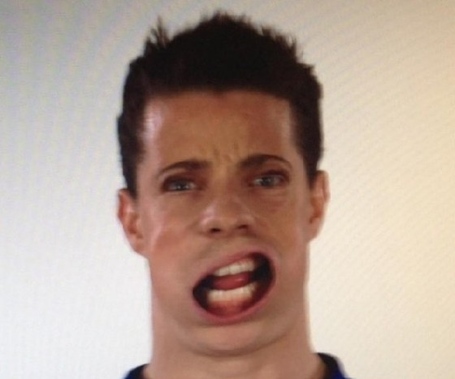 Well, he certainly looks like a keeper. Best of luck, Matt. Alright, next up we have a familiar face. He likes one-punch knockouts, dogs, and The Walking Dead. I thought he was gone and not coming back, but he's back and looking for minutes. He also enjoys long, boring-ass drives up to Canada, which gives him time to practice smiling. Here's Kyle "Dead Eyes" Clifford! 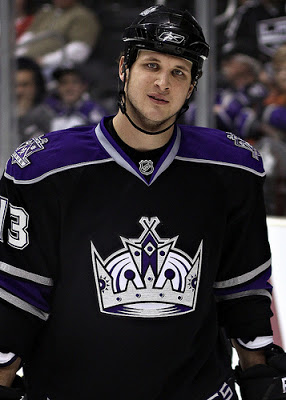 Keep working on that smile Kyle. Okay, next up is a real fan favorite. This grotesque living tire fire guy likes to pass his time ripping the legs off insects, crush videos, and practicing moves he looks up on Urban Dictionary. He swears he knows Jeff and Mike and that they can loan him a couple bucks to get him out of holding at the local police station. He also is the author of Questions to Ask When Wrist Deep. Give it up (not sexually, unless you like VD) for Daniel "Stank Stache" Carcillo! 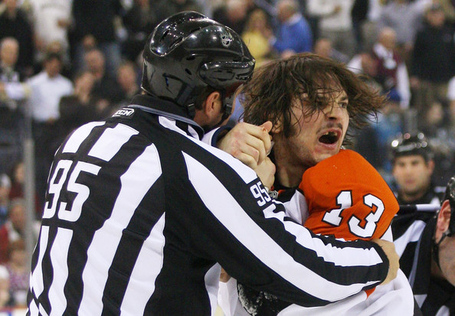 Uh oh, it appears the lights seems to have startled the poor guy. Don't worry, he'll calm down after he chugs a pint of Schlitz mixed with Half-and-Half. Also, keep your hands away from his mouth, and make sure you aren't wearing loose clothing. Do you have kids? Legally, he has to ask that.

Anyways, last up we have a real character. This fella likes tinting the windows on his van, bleaching the floors to his basement, and disposing of soggy trash bags late at night out in the wilderness. Do you like standing too close to people. Brushing against others' skin to see if it's supple enough? What about just the study of human anatomy? Let's give a big welcome to Dwight "It Puts The Lotion On The Skin" King! 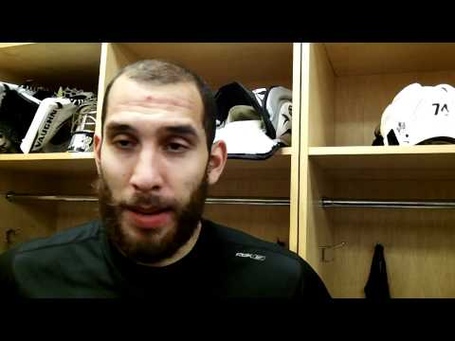 Oh Christ. Well, there are plenty of good reasons to chose any of these...available options. Sooooo yeah. Frattin.