Who's in Charge Here?

Share All sharing options for: Who's in Charge Here?

Last week I accidentally cursed Dustin Brown (via twitter) and now he is sitting out with a bad hamstring. It doesn't appear too serious, but for a few preseason games this leaves an interesting gap in the leadership of the Kings. The Kings' typical assistant captains are Anze Kopitar, the Slovenian raccoon; and Matt Greene, who really isn't very good but we love him anyways and he's still a much better option than Keaton Ellerby or Jeff Schultz. Now this isn't the first time a member of the captaincy has had to sit out. Greene missed basically all of last year and Kopitar had to return to Europe a while back to stand trial for war crimes. Stand-ins have included Michal Handzus, Jarret Stoll-Andrews, and more recently Mike Richards who was a captain back in Philadelphia before he was seen as the cause of all their problems after falling two games short of the Stanley Cup.

But as evidenced in the above picture, ol' Darryl Sutter is giving some new guys a whirl at wearing an "A" like they are adulterers in The Scarlett Letter. Trevor Lewis and Colin Fraser evidently. Lewis makes some sense seeing how clutch he is, and that he is an Olympian. Fraser? I guess he's a confident guy, considering he freely admits to being a fan of Nickleback. It raises an interesting question, however. If the Kings decided Brown, Greene, and Kopitar (who's name apparently must be some color in Slovenian) weren't captains/assistant captains/assistant to the captain, who do the Kings go with? Richards and Stoll again? The Kings didn't win a Cup those years, so I say pass. Jeff Carter and Justin Williams have the dashing good looks to lead a team, so they are candidates. Willie Mitchell is a grizzled veteran who also has experience, but I have the feeling he just would be saying "I'm getting too old for this shit" all the time. Great for Lethal Weapon, but does it translate to leadership? Here's my top five picks: 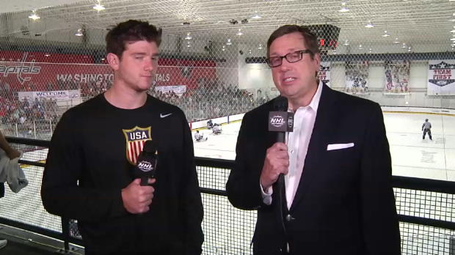 Everyone loves an underdog. Quick was a footnote to Jonathan Bernier in the pipeline during the Garon/LaBarbera/Cloutier/Fukufuji/Aubin/Burke/Ersberg era. Yet he stole the starting gig, ran everyone else out of town, and won the Conn Smythe en route to a Cup. All while with a serious drinking problem. Look at this fuckin' captain. Sure, the Canucks and Roberto Luongo may have a few words of warning about naming a goalie as captain, but FUCK YOU. Since when the hell did we ever listen to Vancouver? This is my god damn list.  He also is kind of a dick, so more points for Quick. 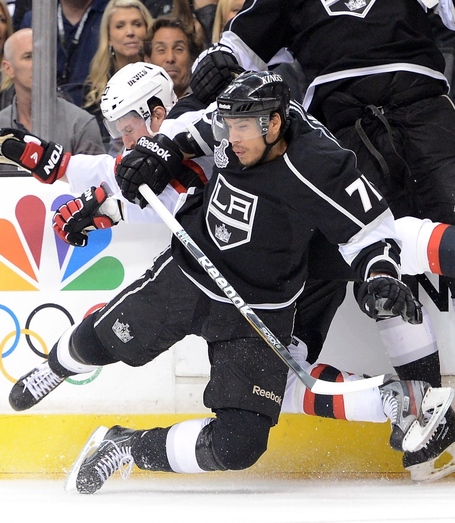 Recently, a bit of a favorite. Mostly because he can hurt other guys, get someone else suspended, and avoid all repercussions himself. Yeah, the Kings would probably be better served by having him not in the lineup at all, but the fact he's a new jerk-ass and could mean Daniel Carcillo won't be necessary makes him way more valuable. Keep up the good work. 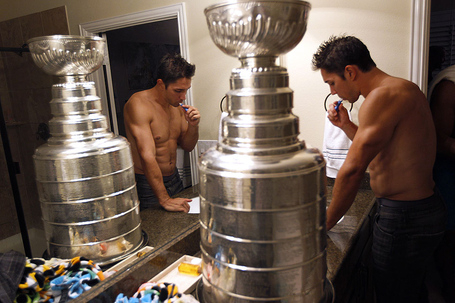 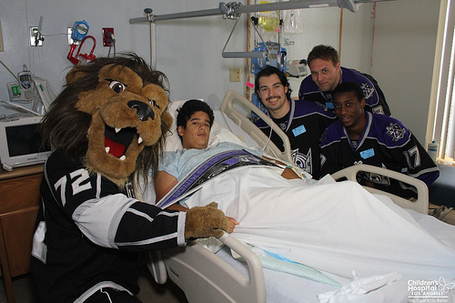 Hey, here's a joke: A black guy, a rapist, an inside of a catcher's mitt, and a lion visit a sick kid. The kids dies. The lion eats him. LOL.

I digress. I have heard from various folks with the Kings (the grunts, I don't know anyone special) that Bailey is a real tool. Walking around the office, knocking paperwork over, stealing keyboards, etc. Just the qualities a captain needs. Act like you own the place, and everyone will treat you like such. Or fire you.

Carrlyn from the Ice Crew 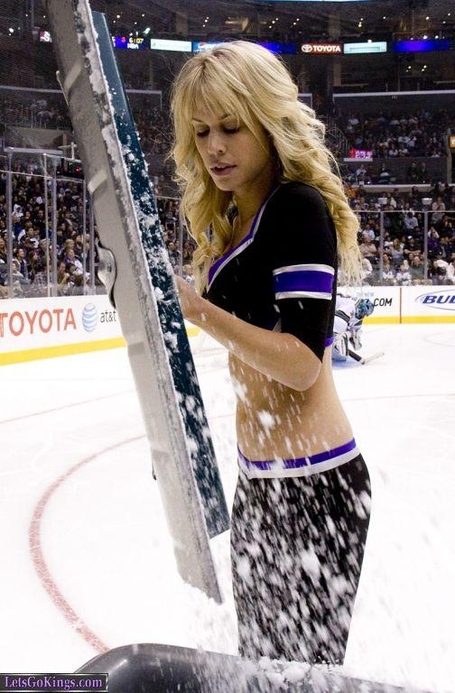 Naming the captain of the ice crew to captain of the Kings is a bold move, but it really is the most logical option. She has leadership experience, skates better than Dwight King, and would easily bump the Kings captaincy to the second hottest in the league behind the Red Wings' Henrik Zetterberg (Martinez would give the Kings a lock on first). Plus, it would be great PR with those women type people. Downside is she would want to make a committee and voice opinions before every shift because, you know, women.

What are your choices? One of the kids that plays during the intermissions? A jar of mayonnaise? Slava Voynov?