The regular season is just around the corner, which means it's time to get the gang back together! This seems like the perfect time to look back at D2: The Mighty Ducks, and specifically, the scene in which Charlie Conway rollerblades around the Twin Cities and picks up the rest of his Duck teammates.

D2: Getting the Crew Back Together (via cometpants)

When I watched this movie as a young pup growing up in the SF Bay Area, I thought this scene was great. Then I moved to Minneapolis (where, in case you didn't know, the movie is set) for college, and watched it again. And that's when I realized something that Twin Citizens had known all along: holy shit, this is one hell of a rollerblading trip. These places are not close together. At all.

Now I know most of the people who read this site live in California and are not familiar with the landmarks in the above scene, as I am. So follow me as I follow Charlie Conway and crew on one hell of a trip! 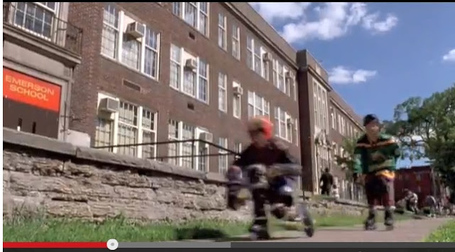 The first landmark I can recognize is Emerson School. A quick search on Google Maps gives us our starting point: right in the heart of Minneapolis, near Loring Park. A good place to start. 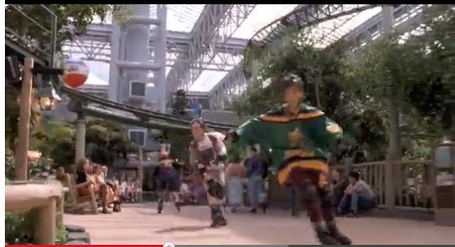 Unless you're planning on rollerblading to the Mall of America to pick up Averman. That is, um, not a quick trip. Here is the map (via Google Maps), for those of you who are not familiar: 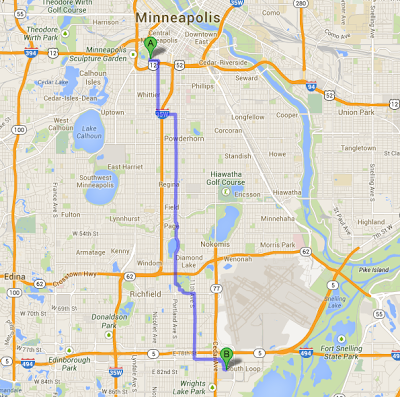 That's 9.6 miles of rollerblading. Oof. Well, maybe the rest of the crew is down in that area. 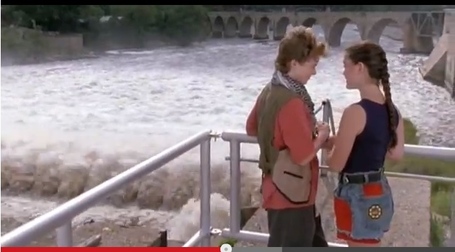 Oh good God. That's St. Anthony Falls, back up in Minneapolis. That's pretty much the same trip as last time. 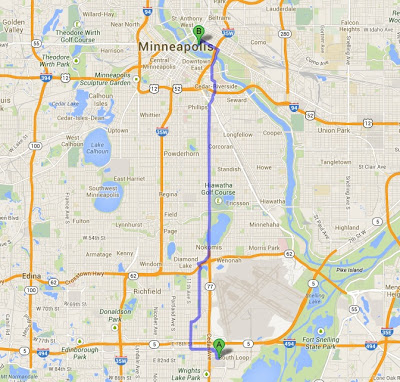 Only a little farther. About 10.6 miles this time. So where are these crazy kids off to next? 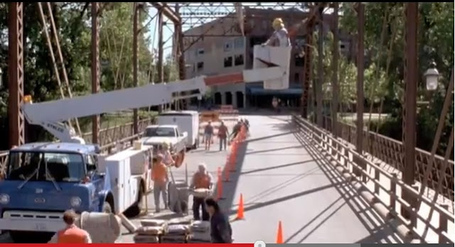 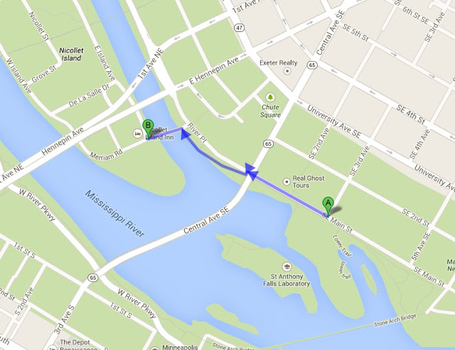 A mere 0.4 mile trip! Next, the gang picks up Goldberg at his family's deli. Here's our first speed bump. There's no way to know where the fictional Goldberg's Deli is located. Might be in Philly. However, I'll be kind and assume that it is somewhere in downtown Minneapolis. I say this because the gang is next seen... 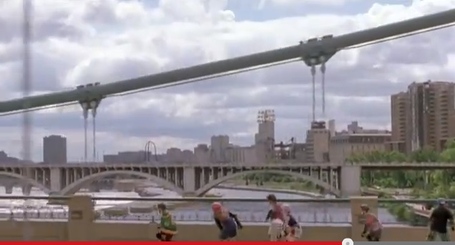 ...traveling northeast (away from downtown) on the Hennepin Avenue bridge. 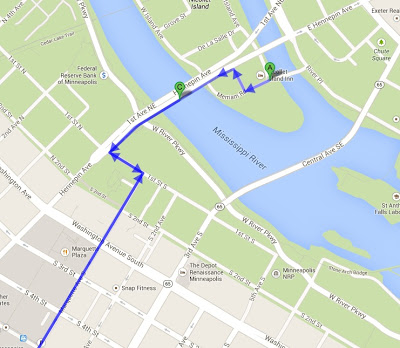 Let's say they went about a mile here. Again, a perfectly believable rollerblading distance! Maybe that whole trip to the Mall of America was just an aberration. 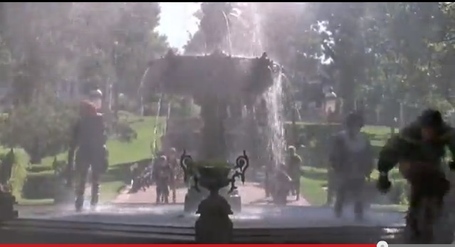 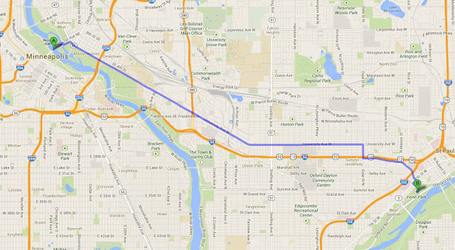 That's another 9.5 miles. This has got to be the best conditioned team in the country. No wonder they were selected to represent the USA in the Jr. Goodwill Games! The Ducks next go to pick up the cake-eater, Adam Banks. I assume he now lives in St. Paul, and not Edina. Again, I can't see anyway to tell where this house is located, unless somebody knows the address where they filmed it. Maybe somewhere along Grand Avenue? A lot of rich people live there. Let's assume it's another mile from the park to his house. I think that's being extremely conservative. The sequence closes with the Ducks skating near a lake. 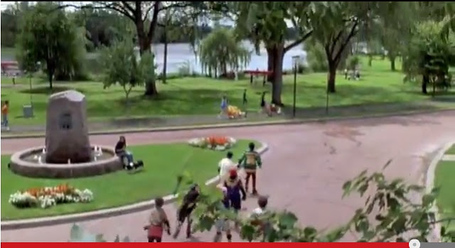 This is Minnesota, so there are lakes everywhere. They were just in St. Paul, so this lake is probably in St. Paul, right?

Whoops. It's actually Lake of the Isles, back on the south side of Minneapolis. From Irvine Park to the little fountain that they are seen skating past is another 11.4 miles.

If you total the whole trip up, it's over 43 miles. Holy shit! They don't even look tired!