The Sharks have had a surprising amount of great goaltenders in their relatively short history. Who are the 5 best?

For my last day as Sharks correspondent for the blog Battleofcali.com, Meg requested that I write an actual post that's not trolling. Since I love goalies, I thought I'd take a look at the history of the San Jose Sharks and come up with the 5 best goaltenders in their history. Since I'm not a Sharks fan, I think I'd probably have a unique view compared to all you horrible Sharks fans. While you'd think the Sharks wouldn't have much of an illustrious history in the net because of their rather short history, I think you'd be surprised! Let's take a look:

Steve Shields began his career as the back-up for the Buffalo Sabres and the great Dominik Hasek. After an impressive postseason performance in which Shields covered for an injury to Hasek (and then a suspension to Hasek after he took a swing at reporter Jim Kelley), ace general manager Dean Lombardi acquired Shields to tend net for the Sharks.

Shields spent his first season trading time in net with the aging Mike Vernon, but he would assume the #1 starter role in the 1999-2000 season. He played 67 games that season, putting up a very-good-for-the-time .911 save percentage and leading the Sharks past the mighty St. Louis Blues in the first round of the playoffs.

Shields' tenure with the Sharks was cut short when he was traded along with Jeff Friesen for Teemu Selanne (a trade that worked out great for everyone involved) but his numbers while he was there merit his inclusion on this list. Plus, he had a kickass mask.

Evgeni Nabokov is the Sharks' longest tenured goaltender and probably deserves to be ranked higher; however, I have him here because Nabokov really only had one truly great season (2009-10), otherwise he was mostly a steady hand that you could generally count on to not lose you a game.

Nabokov deserves credit, though, for being so steady. Nabokov replaced the aforementioned Steve Shields in net and immediately won himself the Calder. He fought off numerous challenges to his spot from Vesa Toskala and then played over 60 games a season for 3 straight seasons. Nabokov was the rock behind numerous Cup contenders and deserves credit for that.

He also deserves credit because he managed to make saves at all with his crazy ass playing style. Also, this save in overtime against the Dallas Stars is one of the best saves I've ever seen:

Fun Fact: Meg & I watched this game together in our apartment and the loss was probably the closest I've ever seen him come to crying.

The Sharks' current goaltender ranks 3rd on my list but he could very easily end up higher before he's done. Niemi, who had already won a Stanley Cup before he came to San Jose, has grown into one of the top goaltenders in the league. Niemi has become basically a repeat of Nabokov except he's even better and isn't prone to some of the gaffes that Nabokov was.

Niemi has a great cap hit for his performance right now (he costs only $3.8 million against the cap for the next 2 seasons) and it'll be interesting to see what kind of raise he gets when that contract expires. While Niemi isn't in that Lundqvist/Rask/Hiller tier, he's right below it, and should get a sizable bump in pay. Fans should hope it's with the Sharks because he's been a big part of the team the past few seasons.

I'll admit, Irbe probably doesn't belong here. (As you'll see with my #1 pick, I'm kind of partial to people I watched when I was a kid.) Irbe probably isn't the 2nd greatest goaltender in Sharks history but c'mon, he was so awesome. To wit:

2) He used the same pads the entire time he was in the NHL and repaired them himself with needle and thread. As an amateur goalie who hated changing anything about my gear (I've been using the same hip pads since I was 14), I can relate.

3) Irbe was goaltender for the Sharks in one of the greatest upsets in NHL history: the defeat of the Detroit Red Wings by the Sharks in 1994. Even I loved that series as a kid.

In short, Irbe was one of the last relics of that period where goalies were truly different. Nowadays they all seem the same since they've all been taught the same things since they were about 13. Growing up in Latvia, Irbe was forced to develop his game on his own and it made something unique. I miss that. 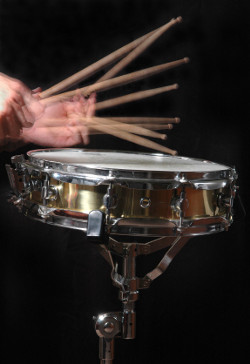 No surprise here. Ed Belfour is one of the greatest goaltenders in NHL history and any team should be honored to be able to say that he once wore their sweater. Just look at the awards:

Wow. What a goaltender. What a champion. I don't think I need to say more. Clearly, Ed Belfour is the greatest goaltender in San Jose Sharks history.

Video Gamery: My 37th-favorite video game is Sim City 2000. It was tons of fun, even though I always used to use cheats to give myself infinite money and then I would just unleash disasters on my city to watch it burn. I'm not sure WHY it was so much fun to watch my creation fall into ruins...but I blame a similar impulse for the reason I let Rudy write three gameday posts for me.

Prediction: Bruins goaltender Chad Johnson looks back on the goal he allowed against the Kings and thinks, "Fuck, Dustin Brown?"