Canada is full of mysterious places that normal people don't know anything about. Edmonton is one such place, and Nunavut is another.

(To get the full experience of this gameday post, please don't look anything up on Wikipedia until you've completed the quiz).

Have you guys ever heard of this place in Canada called Nunavut?

I know it sounds like some made-up place you'd visit through a portal in a wardrobe, but it's real, I swear. I'm not messing with you. 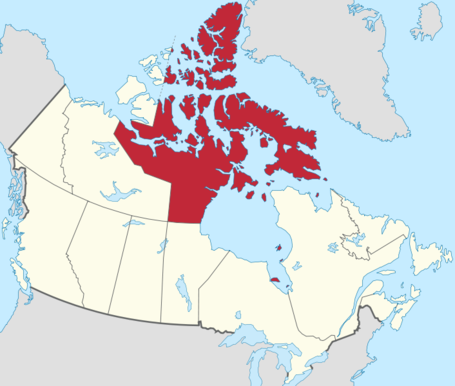 You can be forgiven for never having heard about this place for a few reasons. First, obviously, it's in Canada. So who really cares, right? But even more so than that, it's the newest territory in Canada. It was split off from the Northwest territories in 1999. Now Nunavut is the largest, northenmost, newest, probably-crappiest of all the twelve (?) Canadian territories.

The more you learn about Nunavut, the weirder it seems. Here, just check out their official coat of arms - and once again I have to remind you that I am NOT making this up: 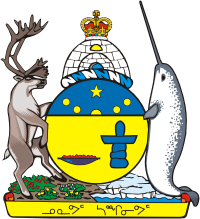 Bonkers, right? Look at that freaking thing! There's a crown on an igloo, an elk that looks like he's dancing, and what appears to be a bowl of chili. And this is a REAL PLACE!

As soon as I learned Nunavut existed, I started learning everything I could about it. I found out a lot of weird and wonderful facts, and I decided to put them together into a quiz.

#1 - In keeping with all of the ways Nunavut seems like a make-believe place, there's a prominent location in the territory called "Elsewhere Island."

#2 - Jordin Tootoo is the only NHL player mentioned on Nunavut's Wikipedia page - and he wasn't even actually born in Nunavut.

#3 - The capital of Nunavut is a city called Iqaluit.

#5 - There are no Tim Hortons in Nunavut.

#6 - Despite being the largest of the Canadian territories in terms of area, Nunavut only has four representatives in the Canadian Parliament.

#7 - This is part of the logo on the official Nunavut government website: 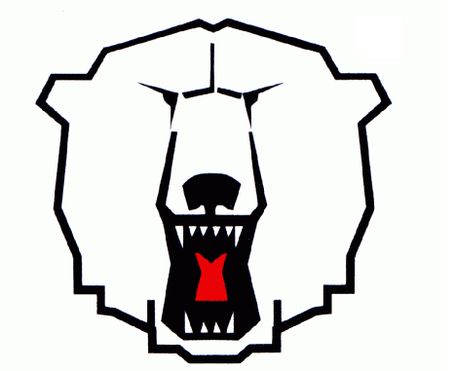 #8 - The premier of Nunavut is a guy named Peter Taptrout.

#9 - Nunavut isn't connected to the rest of Canada by any highways.

Video Gamery: My 42nd-favorite video game is the God of War series. Even after researching this article I still know about a hundred times more about the fictional universe of the God of War games than I do about the real place called Nunavut.