Look! A joint post featuring the two assholes you hate the most: Jer and Dunn!

A Collaborative Effort Between Get'r'Dunn and Jared Dobias

Traditionally here at Battle of California, any time two teams within the state faceoff against each other we run two opposing posts taking on such controversial topics as Paul Walker vs. Vin Diesel, or Cyclops vs. Wolverine. Seeing as how the Anaheim Ducks and Los Angeles Kings are all set to take the national stage at Dodgers Stadium in front of tens of thousands of hockey fans for the 2014 NHL Stadium Series, one would think that we have planned our best Ducks vs. Kings post yet.

But we have a much bigger battle to fight today, friends. Today isn't about just the Ducks vs. the Kings or Orange County vs. Los Angeles. Today is about California vs. The Hockey World. It's been undeniable for years now that California is producing superior hockey than just about every other market, and finally we get to showcase this talent to the world. California hockey can no longer be ignored, and Battle of California is here to revel in it.

See, this outdoor game may have bothered some other, crappier markets like Minnesota and Colorado. It also seemed to bother idiots who donât understand how ice works at rinks. But this is how hockey is meant to be seen. 70 degrees outside in traffic-choked southern California. Palm trees, flip flops, and 55,000 drunken assholes all crammed into a baseball stadium. No snow. No cold. No having to "brave the elements" and testing your endurance to watch hockey. This is just a bunch of beautiful, tan, athletic fans casually enjoying hockey. 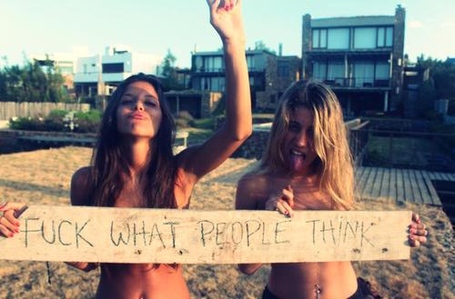 Being completely honest also, this is the sort of matchup the nation, dare I say the world, wants to see. Itâs two recent Stanley Cup champions going head to head. Not like the Heretic Classic or whatever Canada has that only features teams that were good back around World War II, or that have never even been good at all. In fact, in the last twenty years California has won twice as many Stanley Cup championships. And Canada has more than twice as many teams as California has, giving them much better odds at actually finding success. But Canada hasn't found success, because successful people don't stay in Canada. They move to California.

What's that Minnesota? You deserved an outdoor game before the beautiful people of California were given one? Well, what has Minnesota won? An expansion team called the "Wild" while their original team went to fucking Texas. Texas! Thatâs not a franchise ready for the limelight. California is where itâs at now. All three teams made the playoffs last year and are in position to do so again. All while being in the same division no less. New York has their teams spread out across multiple divisions and they havenât had the three of them go to the postseason at the same time since 2007. Hell, that was only the second time they even had that happen in the past 20 years. Timeâs up, noodle-dicks. Let California show you all how things are done.

So enjoy hockey today as it was meant to be experienced back when they were first hammering out the rules: Outdoors, in California. Get your T-shirts and sunglasses on, kick off your your sandals and lace up your skates, and get an ice cold drink, because it's hot as fuck out there.... just like how they used to play it. 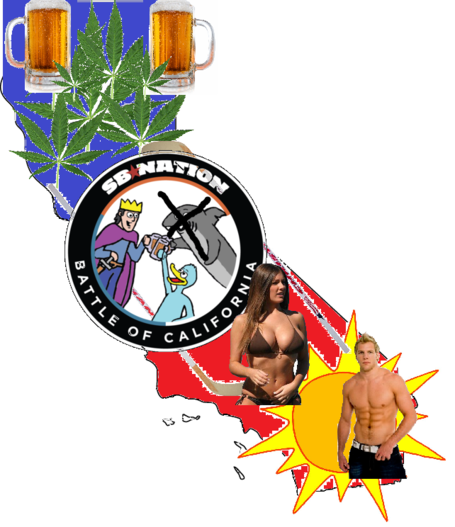