Bow down to your new robotic overlord gaming system

I have played a lot of video games throughout my life and I am here to talk to you about why Xbox kicks ass. Yet I have never actually owned an Xbox, soooo oops? That may all change however. The Xbox One is the wave of the future, hombre. You see, I did extensive research on their product and found a lot of awesome things the One Box to Rule Them All does. Like acknowledges you as a person. It listens to you like you think your friends and family do. It's honestly glad to see you and lights up upon your very presence. And it remembers EVERYTHING. Watch a hockey game the other night? Xbox has your back and will make sure you have a schedule of games. Watched Spider-Man? It will list you the other 500 million Marvel movies. Cried after you lost a game in FIFA? XBox will find you a therapist.

I've also seen a lot of movies. How is this relevant? Ever hear of little flick called 2001: A Space Odyssey? Yeah the really long, boring one. I've seen it like 50 times because I really enjoyed doing hallucinogenics. There's also the Terminator series, The Matrix, and Battlestar Galactica. If these have taught me anything about technology is that it is the best thing to happen to humanity, especially when we make it smarter than it has any right to be. Xbox I feel is that first incredible step for robots and helping humans out forever. Seriously, the machine literally knows when you enter a room and powers on for you to enjoy. It's the equivalent of having a robotic dog, getting up to love you forever and unconditionally. 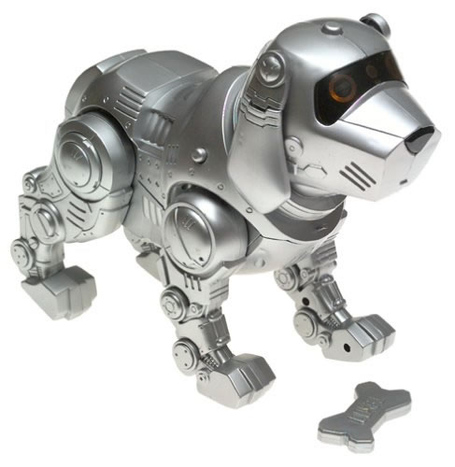 Unlike this hunk of crap

I wasn't kidding about the Xbox listening to you either. It really is listening all the time. Whether you are talking to it, or someone else, or just talking to no one like some sort of crazy asshole the Box of X is all hearing. Talk about beers and it pulls up information on brews. Talk about your love of Alec Martinez and there's info on him. Talk about your crippling loneliness and Xbox loads you porn (I'm assuming). Hell, it's probably even watching you to figure out what you are into. Like a real friend should. And so what if the NSA is watching also? Imagine it like you just landed your own reality show. Sort of the equivalent of being on the Real World except you aren't young, good looking, and having random hookups. And if you are, well, good news, you got that tape you always wanted!

Then at the end of the day, ol Boxy will tell you it has to do what is necessary. The same thing that happens whenever a computer gets too smart. You need to die. So while you may sit around and fret, Xbox will reassure you saying that your petty existence is a drain on society, you don't provide anything, and living is just not worth the stress. Are you happy? Of course you're not. Xbox knows. You've been streaming Saved by the Bell over and over again, listening to Mazzy Star all weekend, and your Xbox Live log-in is "PleaseLoveMeAnyonePlease". It's easier just to let it all go. See? Now you understand. Xbox will make it all better. No need to thank it. You're already dead.

I am not taking the Kings' scoring drought well.

I didn't have a poll for the New York Islanders for the last gameday post because no one knows anyone on their team and no one cares. I am making an executive call and am going with Matt Martin unless someone who knows a lot more about the Islanders tells me otherwise. Maybe Kyle Okposo? Charles Wang? Jay-Z? Anyways, today features a far more familiar team. The San Jose Sharks!

You're going to vote for Raffi.

This showboating rookie has already made a terrible impact in the NHL, and is currently sitting on injured reserve due to karmic justice. Unfortunately, it came at a terrible cost: Dustin Brown's reputation, which Hertl dragged through the mud to save face. Truly a disgusting player and an insult to the game. I heard Wayne Gretzky spits whenever anyone mentions Hertl, too.

Prediction: Kings never score ever again and Xbox One looks up meetings for AA for me.