That game Alien vs. Predator 2 was really good.

Share All sharing options for: Sharks Gameday: Aliens vs. Predator

My 40th-favorite video game is Alien vs. Predator 2 for the PC. It had a fantastic single-player mode in three parts in which you got to play as an Alien, a Predator, and a human marine. It was also one of the few games for which I ever really played multi-player, because the online matches were crazy three-team battles that were like nothing else I've ever experienced in video games.

Hey, wait a minute - there were three different factions in Alien vs. Predator, and there are three NHL teams in California....this gives me a crazy idea!!!!1

Which Alien vs. Predator faction would each California NHL team be?

The Sharks are....the Predators (not the hockey team, the aliens[not the Aliens, just aliens]).

Both the Sharks and the Predators SEEM really cool and dangerous, but never seem to achieve ultimate victory as far as we can see. Also I can totally imagine that Predator mask opening up to reveal the face of Brent Burns: 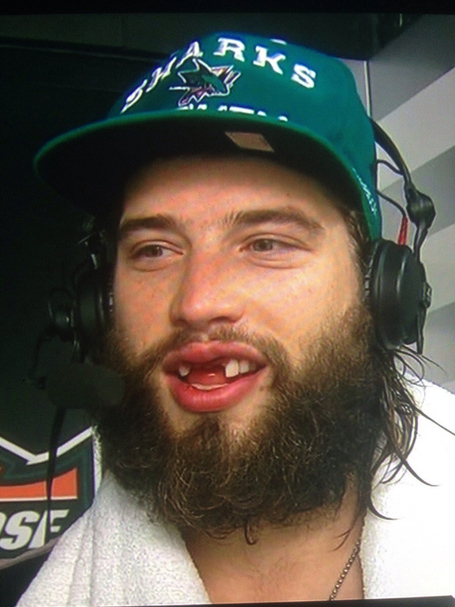 This is a perfect match, and not just because of the color scheme. The Kings are terrifying, remorseless bastards. They can't be reasoned with. They can't be appeased. You just have to pray that your encounters with them are as few and far between as possible.

And, just like the Aliens movies, the Kings haven't been any good in a long time.

Because there's no good reason they should be able to win, and yet somehow they manage it. It's bullshit.

I will be busy and unable to write gameday posts throughout this next week, so I've lined up a replacement to take over for me for the next three Sharks games. I don't want to give away who it is just yet, but it's someone I think you will all really enjoy - and I promise it's not Rudy!