The Sharks won the gold medal in the Olympic event of embarrassing the Flyers.

Here's what the San Jose Sharks homepage looked like after last night's game: 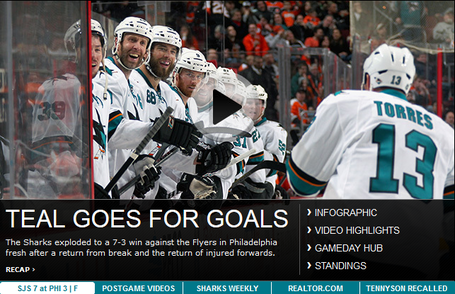 Check out the baffled, disbelieving expressions on the faces of the players on the bench (and also Martin Havlat looking straight at the camera like a murderer).

Now let's check in on the Flyers homepage... 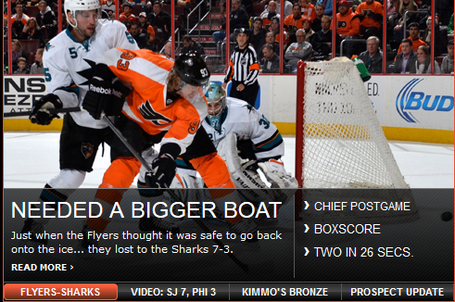 In case you missed the game last night, here are some quick highlights of what went down:

Truly it was a wonderful game.

Prediction: The Sharks destroy the Sabres, but it's not as hilarious as the game against the Flyers.

Video Gamery: My 22nd-favorite video game is DDishonored. It's incredible, I highly recommend it, and it contains this cool song.