Because I don't bother writing about actual hockey anymore, I spent a few moments on the Calgary Herald website looking for some interesting news to write about prior to tonight's game up north. It was mostly the same old boring local news stories you'll find in any regional paper. But then I saw this, under their "MOST POPULAR NEWS" heading: 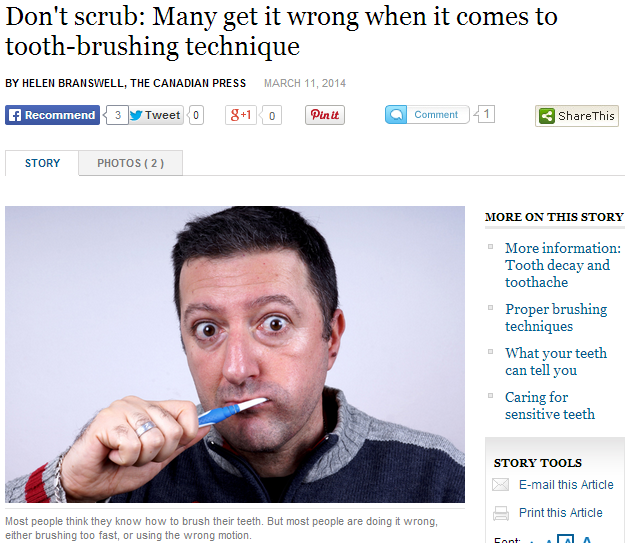 I mean, I don't even have a joke here for you... People in Calgary don't know how to brush their fucking teeth, and need a local newspaper to spell it out for them, as apparently they have been unable to pass down the mystifying sorcery of oral hygiene from generation to generation.

Not only is this an actual, real story from their newspaper, but it is one of their most popular stories. Meaning it has been getting more clicks than many of their other stories, confirming that many people in Calgary are in fact curious as to how one brushes their teeth.

The SB Nation preview widget thing still isn't working for BoC. But here are some details about the Anaheim Ducks game tonight against the Calgary Flames over an image of some real fucked up Calgarian teeth: