Share All sharing options for: Kings Gameday: The Biebs

There is nothing worse than someone who is famous, rich, and (apparently) good at what they do but is also an arrogant, egotistical, immature rat dick. The most renowned rodent penis is arguably the one and only Justin Bieber. What? Were you expecting Lebron James? For shame...

Anyways, the Biebs (Beebs? Beebies?) is commonly seen without a shirt on because he treats life like an episode of "Cops", but he also routinely wears a hat. Usually it is over-sized and makes you think he has a serious problem with his skull like he is the Brain from, well, "Pinky and the Brain". Alas, that would imply he may have intellect, which he routinely shows he does not hold thanks to his aforementioned attitude and behavior of arrogance, egomania, and immaturity. But I'm not here to rehash that, though if you are interested do a five second Google search. 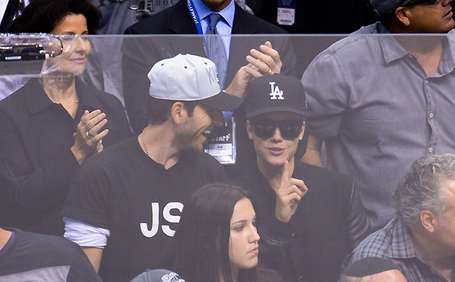 Currently the Biebly one is running around Florida or Texas or some other place that thankfully isn't California. But Toronto is bringing another weapon out of Ontario to make our lives a nightmare since their current one is receiving a deposition: Phil Kessel. 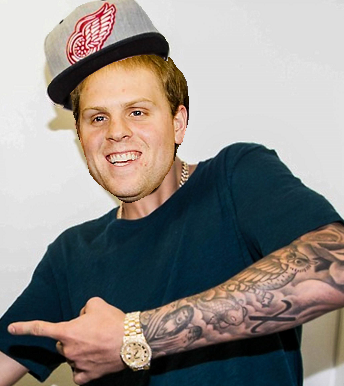 Not only has Phil turned into one of the top scorers in the NHL, now Toronto is shaping him to be superstar of epic proportions. Still, they may want to address the hat issue though. It hasn't been a secret that Kessel's growing popularity isn't limited to Canada. His performances in Russia for the Olympics shot him to American stardom as well. Now look at him! I said look, dammit! 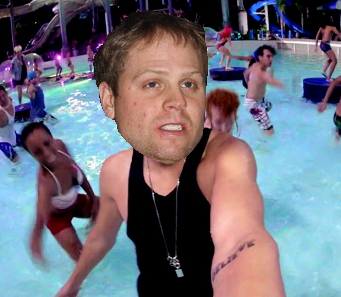 Kessel now is big on selfies and having teens over for pool parties. That may be a Sedin just over his should there actually. We should be very worried, not just as a city, or even as a state. No, we need to worry about this as a country. Canada is the same country that gave us RUSH and Nickleback after all. I fear though, it may already be too late. 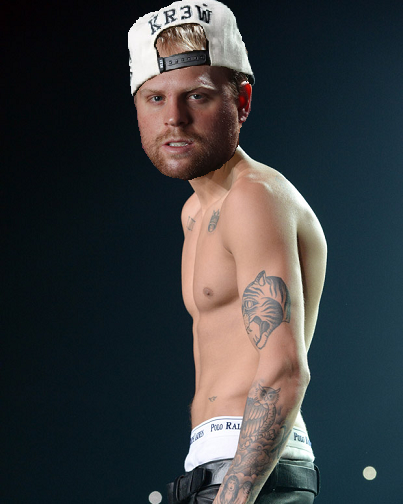 God help us all.

The Lightning's former captain won quite easily last time, and today features another eastern conference team. Yep, it's the Toronto Maple Leafs. The Leafs get a bit more press than their fellow Canadian teams and the southeast squads, but we still don't get to see them all to frequently. That being said, their goalie was a King for a long while, and Phil Kessel and James Van Reimsdyk were both featured quite a bit in the Olympics. However, they aren't featured here.

Sean Avery got suspended because Dion had the nerve to get with his ex-girlfriend. Violates the Bro Card, dude. Turn in your skateboard and Mountain Dew.

He's appeared in over 40 games though you would never know it looking at his scoring line. Seriously, he has no points. Not one. He does have 96 penalty minutes though, which is good for second on the team. Real talent there.

He's appeared in over 40 games, and does have points to show for it. 10 to be exact. And he is on the team until 2020. Holy. Balls. Good thing he offsets his bad play with his ability to hit and punch. Go get em, Dave.

Founder of a terrible blog, which has recently given a platform to the worst assholes imaginable, this writer is an abuser of crack and an enabler to Mayor Rob Ford's addictions. You can say he is destroying Toronto, Canada, or even the entire western world. He also uses stats, which is totally lame and nerdy. He is often referred to as a "shrimpy geek".