Kings Gameday: Dawn of the Dead(line)

Gabby and the Jets

Share All sharing options for: Kings Gameday: Dawn of the Dead(line)

Did you hear about the Kings? Their big new pickup from the trade deadline? No? Well, say hello to your newest Los Angeles King... 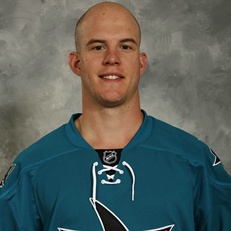 Ta-da! It's James Livingston! James here is a hard working 23 year old Ontario boy who has never played an NHL game. He also is very, very bald. The Kings were desperate to acquire a John Malkovich lookalike and now have their man. It is unknown if they have acquired a portal that enters his mind, but I'm assuming that is why it was a conditional draft pick that was sent over to the Sharks.

Dean Lombardi was very hesitant to give up a roster player at the deadline, as per usual, and he managed to avoid giving up any major assets in this huge deal. It was a real steal, and Kings fans, well, I think they were okay with it.

Dean Lombardi is a masterful genius.

Dean Lombardi is a god

I am so sorry I ever doubted you President Lombardi.

The only caveat is that Livingston's contract expires at the end of the season. There will be a lot of teams eager to make a play for the sought after right winger, but reports are that Lombardi had been in discussions with Livingston and his agent for a long while discussing a new contract. Some say that the Kings only made this deal because they knew Livingston was serious about being a King.

But now with him on the roster, look out everyone. The Kings were already Cup contenders going into the trade deadline. Livingston's addition just makes them an even bigger threat to the rest of the league. And puts the Kings even with the Ducks in baldness.

A game against Winnipeg and the Jets are up today. And guess who got the most votes from the Canadiens last time? That's right, P.K. Subban. Racism wins again. Quite the theme. Because of it, we have a special Winnipeg theme for the voting. You'll never guess!

Big versatile guy. Huge shot, too. Really a joy to watch. Except people hate him, and oh I wonder why?

He took pictures! Of himself! WITH MONEY. That sort of behavior is the worst type of thing to ever happen.

Took the job of a hard working white goalie probably.

Looks like Kenny G. AND KENNY G IS A JEW!

Prediction: The Kings bring Civil Rights and progressive thinking to Winnipeg only to get shutout. Both philosophically and on the scoreboard. Blame Gaborik.