Share All sharing options for: Kings Gameday: The Third Day

Hi everyone. I'm going to keep this brief because I am exhausted. With all this shit already. Thursday night was brutal. The game got so bad I was sweating blood out of frustration. By the time the flogging the Kings received was finished, it had felt like torture for me as well. So of course, I did what came naturally. I got hammered. All through Friday. Nailed too, for that matter. It was a pretty brutal day in general. It was as close to death as I wanted to be (outside of 2011, of course). Living in a world where the Kings are getting thrashed in the playoffs, only coming to life when the game was essentially over and the Sharks let them back into things? That's a miserable way to go about life.

No, so I took it all in. Every lousy goal against. Then took off for a couple of days, starting this past Friday. And that was that. But now the Kings are set to go again this Sunday, a few short days later, and I'm back again to spread the word. The word that things aren't that bad. It's been one game. A whole new chance to have life breathed back into them for the series. Really resurrect things. Though of course, if they suck ass again everything is ruined and doomed and terrible. 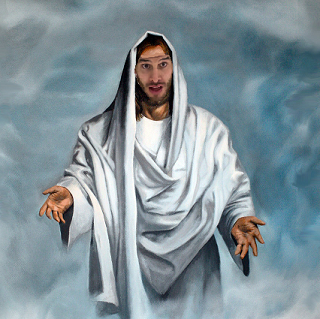 Prediction: I get angry letters probably.