Determining who the bigger monster is. Ducks @ Stars, Game Four.

Ducks fans already had plenty reason not to like Ryan Garbutt prior to game three, but his latest attempt to murder an Anaheim Player (former Dallas Star Stephane Robidas) has certainly added more fuel to the fire.

But let's examine just how justified this hate is. Is Garbutt as bad as some say? Let's compare him to someone who we can all agree is unequivocally shitty: Charles Manson... 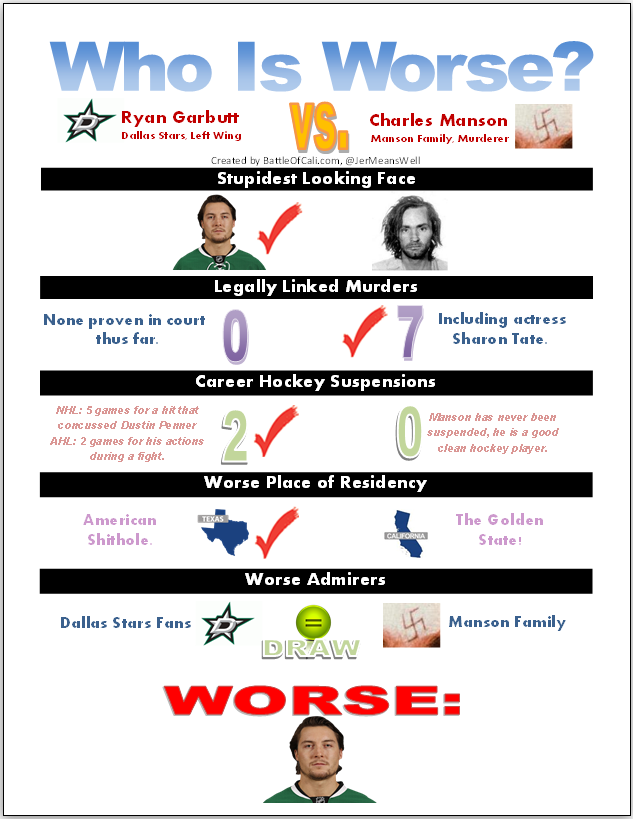 Welp, that settles it.

Well, Stars had to find some way to win, and ensuring that Robidas doesn't come back is certainly one way to do that. I don't much like the thought of Ducks playoff hockey right now without him, but hopefully the team uses this as a rallying point? Fuck.