Share All sharing options for: Kings Gameday: The Curious Case of Slava Voynov

This year has been a far cry from the year Slava Voynov had last year for the Kings. His production offensively has been down, with only four goals scored this season, his lowest in his three years in the NHL even though it's his first full (non-lockout shortened) season with Los Angeles. His points per game are down from last year also, but the more glaring concerns have been the turnovers and defensive mistakes Voynov has made. His advanced stats relative to his teammates have declined each year, though the argument could be made that he has been stuck with an aging Rob Scuderi and everyone's favorite punching bag, Robyn Regehr. But it does match up with the bad decision making so sayeth the infallible eye-test. On the other hand, Voynov has looked far more aggressive this year than he has at any point in his career. Which leads me to this: 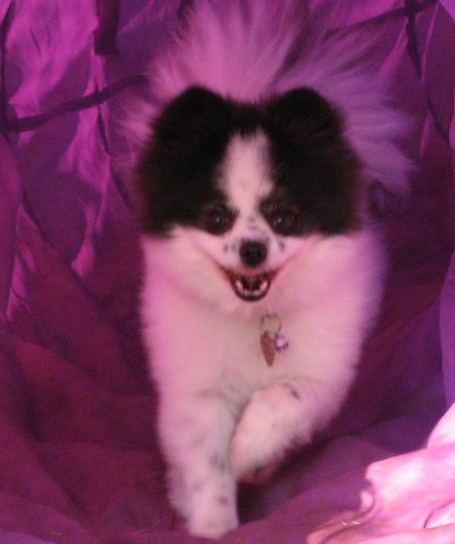 This is Panda. As some of you know, I work with dogs on the weekend so I can support my crippling addiction to crack-cocaine and Doritos Loco Tacos. Panda is a female Pomeranian, and, is not my dog. Now you are probably wondering what in the sock fucking world does Panda the Pomeranian who is not my dog have anything to do with Russian hockey player Slava Voynov of the Los Angeles Kings. Well...

Panda was a rather cautious dog for the most part when she first was around other dogs and in her training. She was a surprisingly quick learner. Her owners were incredibly pleased with how disciplined and smart she was, attributes Jack Johnson certainly lacks as a hockey player. Until one day where another, much larger dog got in her face. Panda has since then been completely out of control around other dogs and does not listen at all. She's a mess. But she shows dogs she won't take shit. People too. Specifically me, seeing as she attacks my ankles in a ferocious, yet funny manner, on a weekly basis. I still don't like Pomeranian dogs though, and still prefer Border Collies. 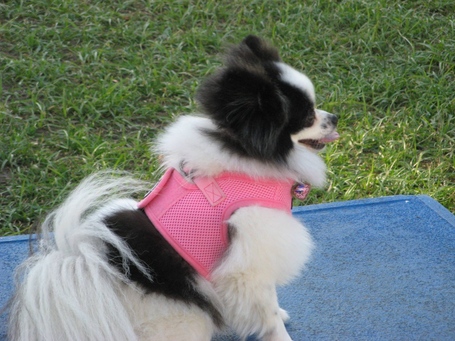 Slava Voynov has gotten far more physical and has shown he won't back down from bigger opposing players. Unfortunately, his play has dropped. The two aren't linked probably, but are just coincidentally timed. The point being Slava Voynov needs to play better, and really I just wanted to post pictures of this goofy ass dog along with this appropriately titled blog about Voynov.

Prediction: Panda attacks me again though it's hilarious and adorable. Voynov gets a Gordie Howe hat trick. Kings probably lose so they can drag out this damn series more.