The Last Will and Testament of Mr. Megalodon Q. Pennyfeathers

Four years and 1000 posts later, what did it all mean?

Share All sharing options for: The Last Will and Testament of Mr. Megalodon Q. Pennyfeathers

NOTE: The following article was discovered hand-written on a piece of paper, the only thing remaining in Megalodon's once-luxurious apartment (he even took the carpets!). It has been transcribed exactly as it was written on the paper, including the URL links.

When in the course of human events it becomes necessary for one person to dissolve the bands which have connected them with a blog and to assume among the powers of the Internet, the separate and superior station to which the Laws of Net and of Net’s God entitle them, a decent respect to the opinions of mankind requires that they should declare the causes which impel them to the separation. So here goes:

I have a new full-time job running a blog about video games and technology, and I no longer have the time to properly write for and oversee Battle of California...so I'm announcing my retirement effective at the end of this sentence.

I had hopes that my final playoff run would be something miraculous, with the Sharks finally making it all the way to the Cup, and I would be able to leave on a high note...but no. No, of course not. Why would anything nice ever happen?

The duties of depressed and enraged Sharks blogger on Battle of California will now be the responsibility of Stace of The Canafornians. She was selected thanks to her entertaining and hilarious work on her blog and on Twitter and also because the best possible punishment for someone who rips off Battle of California is for that person to actually have to WRITE for Battle of California. Hopefully she'll be the one to finally blog about a Sharks championship...but I'm not so sure. I mean, how many decades can she possibly hope to continue blogging? 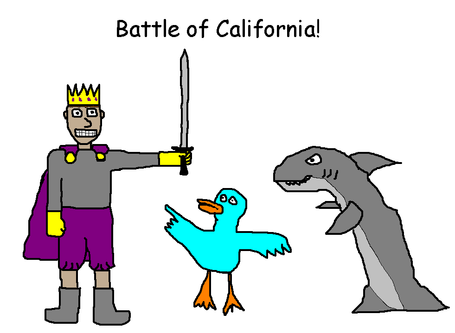 Here are some instructions for what to do with my blog possessions:

To Mr. Dunn I leave my annual blog profanity ranking articles, the job of maintaining the Battle of California Slogan Generator, a book of grammar tips and tricks for 3rd graders (please read this!), and the key to the secret chamber which contains The Horn of the Golden State, which can be blown to end the NHL as we know it, and must only be used in case of dire emergency (if all three California teams ever miss the playoffs in the same year).

To Mr. Dobias I leave the helm and stewardship of this glorious blog, the role of Managing Editor or Whatever, legal custody of Dunn, the SONA Index advanced statistic I invented, and the gigantic monthly paycheck that he can share or not, as he pleases. This may sound like a lot of responsibility, and I'll admit I had my doubts whether Jer could handle it, but recent events have it made it clear that he has the maturity and strength of character necessary to guide this blog into the future.

To Ms. Of Base I have nothing to offer but blood, toil, tears, and sweat. The dire fate of carrying the Teal Torch on this terrible site, the responsibility to keep a watchful eye on Judson Couture, and the daily pain of dealing with Dunn and Jer...these are all now her burdens to endure. Because you see, when I was cursed by that hockey gypsy four long and painful years ago and condemned to write for this site, she told me that the only way I would ever escape would be to find some fool to willingly take my place. 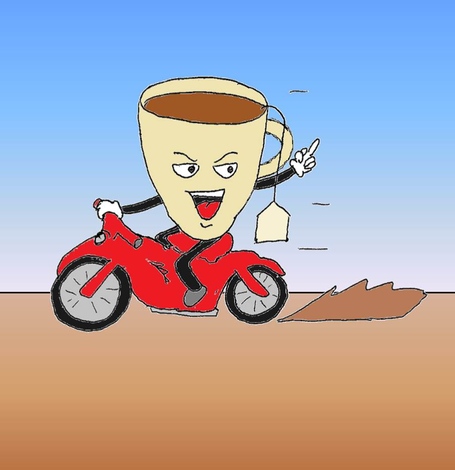 tl;dr: writing about Ingress got me a very good job, so smell you later forever.