Kings Gameday: Hot to the Touch

Predictions based off of prettiness

Share All sharing options for: Kings Gameday: Hot to the Touch

The final four teams are now in the back half of their series. However, even with the Kings up on Chicago and New York ahead of Montreal, both these series are still very much up in the air. So now we turn to the best prediction model we have. That of straight-up, pure, unadulterated steamy man beauty. Three of the teams are in the three biggest markets in the United States. Montreal is the second largest market in Canada. A lot of people are eyeballing these hunks, but who is the hottest? Since we now have a girl on our staff here at the Battle Of California, she may take over on this in the future. But not if I have anything to do about it. That, and the Kings are still playing, whereas San Jose, well, isn't. Anyways...

Chicago has one name of note: Patrick Sharp. 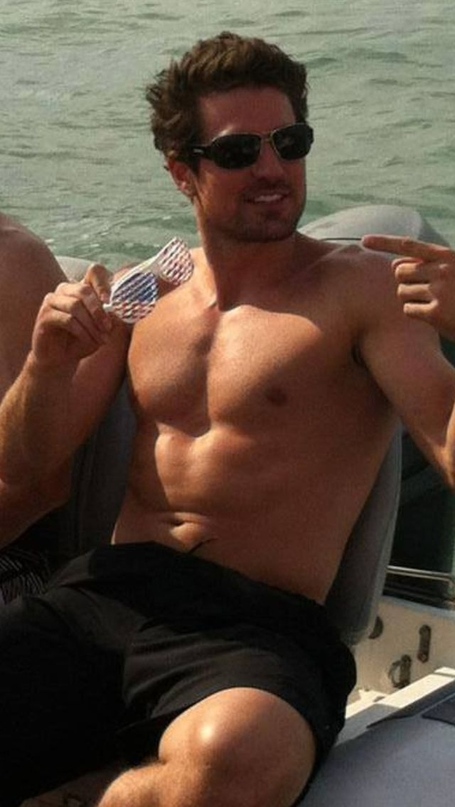 Jesus. That's not even fair. On a scale of "1" to "I'm actively questioning my sexuality", Patrick here makes me wonder if I have been going about things wrong for years. Unfortunately for the rest of the team, most them all look like thirteen year olds that taped carpet hair to their cheeks.

Immature and unattractive, fellas. It's a real shame to waste such a...talent as Patrick Sharp, but I'd give the Blackhawks only 2 out of 5 stud muffins.

I don't think there is a team that is at such polar extremes in terms of attractiveness. On one hand you have the likes of Jeff Carter, Justin Williams, and Jarret Stoll. Then at the other end you have extras for zombies from The Walking Dead. Anze Kopitar has eyes that are what Nietzsche was going on about with the abyss staring back into you, Jake Muzzin's eye brows are sentient beings, and Dustin Brown appears to be the love child of the Pillsburry Dough Boy and a halibut. I mean, Stoll gets my attention before Erin Andrews when I see a picture of the two of them. The man even got away with the world seeing him feel Paulina Gretzky up in a hot tub. Wayne probably confronted him but got too nervous and just stammered the whole time while Stoll just smiled at him. And don't even get me started on Alec Martinez. 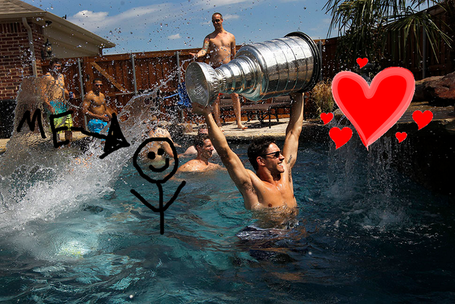 Except for every bit of attractiveness the Kings have, they have a guy working against them still. Jeff Carter may have countless modeling photos of himself now, but Robyn Regehr gets smacked in the face for each one it seems. 3 out of 5 stud muffins.

There is only one player worth mentioning in terms of talent with the Rangers and in terms of sexiness. 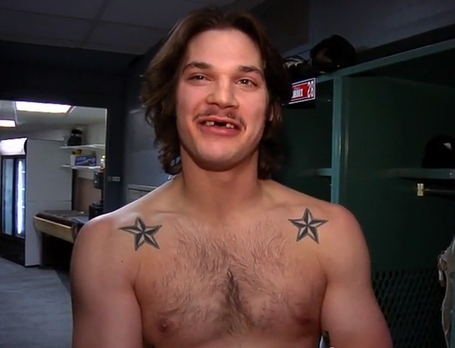 I appreciate how he got not just one douchey tattoo, but another that is exactly the same. Way to be symmetrical Danny. Yep, only Daniel Carcillo could provide the grit, intensity, and dastardly good looks that would get the New York Rangers where they are now. What? Lundqvist? Who gives a shit about Henrik Lundqvist? 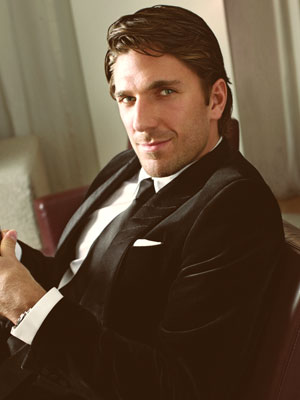 I need to go change my pants. 5 out of 5 stud muffins

These guys are the derpiest looking bunch of motherfuckers I have seen collected on a team. Do the team meals consist of paint chips? I don't even know where to really begin with them. Dale Weise's head is about 3 feet long, Danny Briere looks to be the recipient of a botched bit of plastic surgery, and Andrei Markov appears to be descended from trolls. 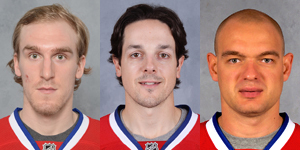 So there you have it. The Kings have enough sexy fire power to overcome Chicago. The Rangers are carried by the beautiful muscular arms of Lundqvist past Montreal. The two meet in the finals. The Kings may not have a player to match him in outright hotness, but they got some guys to work with. Really though, I think we're all winners if we watch.

Prediction: Patrick Sharp gets a hat trick and takes his jersey off. The game is called, as the fans riot and rush the ice.