In case you are wondering what the hell this is, go read the first installment in A Song of Ice and Alec so then you can have no idea what was going on there either. Anyways, I'm so sorry.

The kingdom of Los Angeles was in disarray. They had finally yielded to the unrelenting might of Hawk the Black Dread. The rest of the vast Eastern Empire had left Los Angeles destitute and broken, and the evil neighbors had begun to encroach upon the once fair land. Raids from the north by the Shark tribes, and from the south there was far more sinister activity. A blackness had begun to creep forth, shrouding the land. The Fowl powers. And in an abandoned cantina known as the "Press Box", young Alec mourned his homeland, alone. Just then, he heard someone enter. Alec turned and looked, but couldn't believe it.

"Yeah. I'm actually Dustin the Big Knee Bass now. Something about dismembering some little twerp in one of the Sharks' tribes, and that's all they talk about anymore," said Dustin. "Where you been? We need everyone to step up. Team game after all." 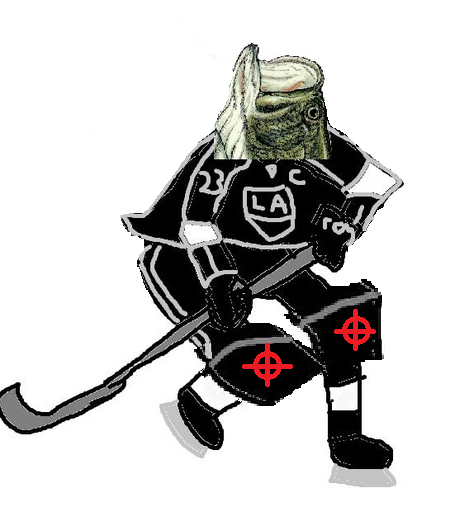 (Big thanks again to Alexander @CriminallyVu1ga for the original)

"Si, but Lord Darryl told me to return home," answered Alec. He could recall the day clearly, and it haunted his every moment. The day when Penner was sold away.

"Yep. We got one, two, three things we can't pay for anymore," Lord Darrly had told him. "Gotta pay 'em something like four gold bits. Divide that by the six guys that have actually earned their pay.That's adding up to, what? Forty-two? Nope. Well over fifty, right? Should be ninety per cent gone by then. So what?"

Then Alec was sent home. Larger, older boys were called in to defend the Kingdom despite the success Alec had. Robyn, Matt, and even his father Willie were brought in to try and slow the advance of the Sharks and Fowl. Without his burro, and without Lord Darryl's consent, all Alec could do was wait.

"Ah, yeah. Penner..." recalled the hairy fish, snapping Alec out of his daze. "We all miss that old fat ass. Sort of, I guess. But we need you, Alec. The Kingdom needs you. Willie needs you."

That got Alec's attention. "Papi?" asked Alec, startled. "What happened?"

"The Sharks overran us. It was five on three and Willie shut em down. But Willie...He told you his knees weren't in good shape. It finally caught up to him."

It was too much for Alec. Willie had taught him everything he knew. He couldn't be finished.

"Oh yeah," continued Dustin. "He said he was proud of you. And to preserve the great wild salmon of the Pacific northwest."

Alec's mind was made up. He stood, dusted off his poncho, and grabbed his sombrero. "When do we leave? I will need a ride."

"Got ya covered," Dustin said as he flung open the door and outside stood the most majestic beast Alec had ever seen. 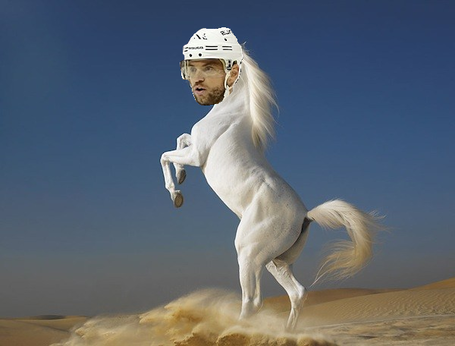 "Yep. This here is Gabofax. The fastest horse we got," said Dustin. "Suckered some chumps in the east to give him up for a spare tire and pocket change. What a bunch of idiots, right? I better go with ya though. I got my own horse. Kopi's Coattails. I've been riding that for years."

Without further delay, the two set off. Alec finally got a chance to see the damage wrought by the invaders: Building's crudely painted orange, corpses with their arms left in a chomping signal, and the word "BEAT" scratched into walls everywhere. Alec shuddered. What sort of classless, hate filled people could do this? As he and Dustin rode around a corner he soon found out. Mounted on a hideous steed stood a monster Alec had only ever heard about. Cock Thorn-Toe. 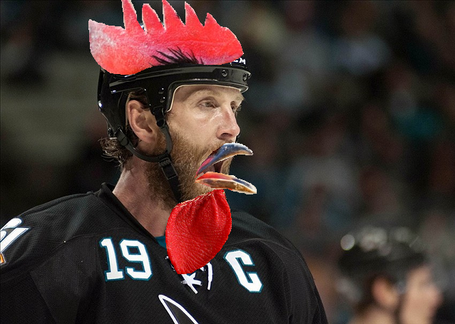 "Turn around, Logan!" squawked Thorn-Toe as he stroked his wattle. "Well, well. If it isn't Dismemberment Dustin."

"Best let me handle this," advised Dustin, dismounting as his knees began to glow.

Thorn-Toe hopped down as well and bobbed towards them. "A fair fight, eh?" he clucked as Dustin approached. Suddenly, Thorn-Toe kicked up sand into Dustin's eyes. "AHA! You never realized how dirty I can be, could you?" Thorn-Toe crowed. He charged and swung his war stick, severing Dustin's leg.

"Don't worry," gritted the one knee pale trout. "These things happen. I'm sure he didn't mean to do that. People would think that's dirty. But that's just part of what happens, you know? He's alright."

"My leadership will remain unquestioned now that everyone knows how clutch I was at stopping you!" the Cock screeched. He reached down and picked up Dustin's leg and swallowed it whole. He laughed maniacally. "Now everyone will fear Cock Thorn-Toe and the Sharks of the nor-ACHK. Grrkkkk. Phhhhmmmp..."

Thorn-Toe stumbled and staggered back, clutching at his throat. His face quickly turned red, then blue as he struggled then fell over dead. The Cock choked on a knee cap. Alec could hardly believe it. The Shark leader had them cornered and now...

"Yeah, these guys have been doing this all over the place," said Dustin as he hopped around on one foot. "Choking on just about everything. Really embarrassing. You should get going though. We still have to deal with the Fowl anyways."

Alec nodded, wiped his brow, and rode off. He didn't have to go far though before he heard commotion. He spurred Gabofax onwards and came to a battle being waged between a small group of the King's men and vast horde of Fowlness. The King's men were fighting hard but looked exhausted. However hard the King's men pushed back, the number of the Fowlness overwhelmed them regardless. Alec urged Gabofax forward but heard a cackling behind him. He glanced backwards and saw an old latrine ditch. A slimy claw shot out from it and began to pull a grotesque being from the pit. 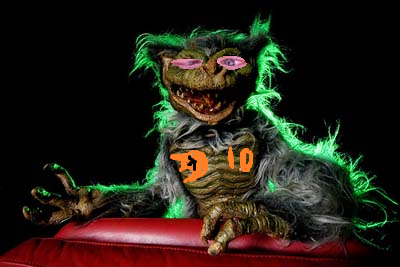 "MY BOOGERS TASTE GOOD," laughed the creature. Gabofax backed away nervously. What sort of hell spawn was this? It started to lope towards Alec.

"I FINGER PAINT WITH MY OWN STOOL," it drooled. Alec swung his war stick at it. One of the thing's appendages burst like a zit, but immediately the appendage began to grow back as the creature grunted.

"I CHEW ROCKS," it howled as it rubbed its nipples. Alec saw the King's men beginning to scatter. There would be no way to stop the Fowlness if the defense broke now. He knew what he had to do. He leaped in front of the Perrysite and blocked its advance.

"LICK MY TOES," it screamed. Alec shoved at the creature, trying to slow it. He reached into his pockets and found his last hope. He opened the bottle and threw the holy tears of Hayward into the demon's face.

"MY EYES!" it howled as its face began to rapidly dissolve. "THAT'S WHERE I SEE THINGS!"

Gabofax backed up and kicked the abomination square in the chest, sending it flying. The Fowlness inched away. The King's men, re-energized and now leading, pushed them back further as Gabofax charged, sending the Fowl running. Alec stood, triumphant once more, the foes of the kingdom defeated. But for how long would the Fowlness be prevented? The worry escaped him quickly though as the king's men hoisted him high upon their shoulders once again.

"Long live Alec!" they cheered. "May he always be trending on Twitter!"

Prediction: Corey Perry returns and is underneath your bed RIGHT NOW.