Anaheim Calling's Kid Ish drops by to talk Fallout 3 and Ryan Kesler. This one goes out to all you gamers.

Hi, I am Kid Ish. I just started playing this video game Fallout 3 the other day. It is an older game. I was busy back then, but right now, not much is going on. So I am playing this game, and it is fun. It takes place after a nuclear war has killed the world, and humanity is kinda trying to survive it. Basically, it is the San Jose Sharks in this 2014 offseason, but a video game.

Anyway, my character (her name is Betsy and she's the very best) was adventuring in the Wasteland the other night, doing her thang-with-an-A. Her thang is mostly her getting radiated, shot frequently, stabbed, punched, chased out of settlements, and then laughing as she summarily returns to destroy everything with guns she lifted off poor and usually already dead bodies.

But last night, Betsy came across a buddy. He is a dog named Dogmeat. He is just the prettiest. Before running across him, I was enjoying the game and having moderate success, all that. It was taking my mind off Clayton Stoner and the Wild Bunch [of bad signings]. Betsy's was a cavalier existence. And then Dogmeat came along.

Fallout 3 with Dogmeat is the best game I've ever played. He kills for me, I take care of him. He follows me everywhere, I probably have radiated farts, so that's a bummer for him. But taking him in has sorta made me rethink how I roll about the Wasteland. I have properly learned how to play the game if only to keep Dogmeat alive, because again he is just the prettiest killer of things and is vital to my future success now.

I am likening this to the Anaheim Ducks signing Ryan Kesler because. That's the actual reason: because. Kesler is our Dogmeat, people!

There are some similarities here, I feel. Both Dogmeat and Kesler are, by all reports, gorgeous creatures. 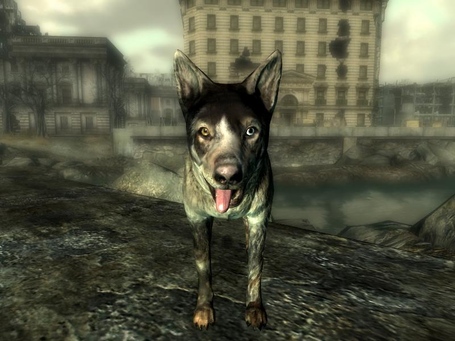 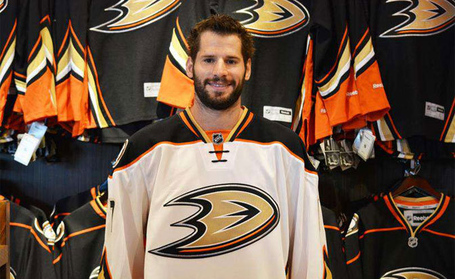 He's pretty and has the look of a man who has seen some serious shit. via 2.cdn.nhle.com

Kesler is also experienced with surviving in the Wasteland, having played his entire career in Vancouver. (It isn't even Real Canada! Pfft.) In order to stay alive, he's had to scavenge amidst some pretty craptastic talent around him to stay productive. Hell, one time he even nearly saved the world all by himself (ie, carried his team all the way to the Stanley Cup Final before his subsequent injury killed the run).

He needs a new home, just like Dogmeat did when Betsy came across him murderizing raiders in the face but ultimately being overwhelmed by their numbers. I saved him, and he agreed to hang out with me for life. Well, I saved Dogmeat after accidentally crippling his poor head because he jumped in the way of my shotgun blast, which brings about another similarity.

Kesler isn't known for being particularly well liked, or a clean player, or even one who can stay on his skates after minimal contact. He earned all this fairly as a Canuck, while trying to survive. I mean, really, this comes from his strong desire to win. In fact, his compete levels are through the roof, a scout in Toronto told me!

That eagerness has translated into the player we have before us, reputation and all. It came from a good place though, like Dogmeat did when jumping in front of me in trying to rip out a mutated bad guy's throat I guess. Fortunately it was just a head crippling and my buddy dog healed up just fine!

Deploying Kesler behind Ryan Getzlaf is going to bring a different animal to the Ducks forward group. No longer is the duo of Getzlaf and Corey Perry, our metaphorical Betsy here I suppose, going to have to try and do it all alone. They have a new buddy now, their own Dogmeat, whose addition will allow them to change how they play for the better as well.

So welcome Dogmeat to Anaheim! 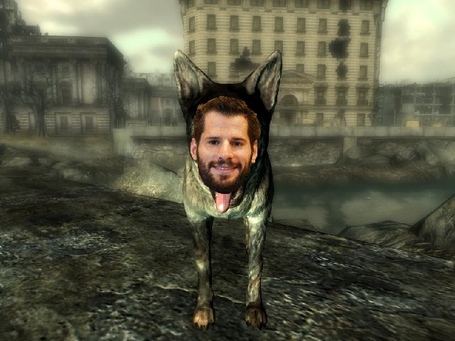