In which Battle of California grabs ahold of NHLPA property without its consent.

Earlier today, the hockey world was shocked to discover that Philadelphia Flyers captain Claude Giroux had been arrested in Ottawa for "repeatedly grabbing the buttocks of a male police officer" (spoiler: alcohol was involved). As details unfolded about the arrest, the NHLPA apparently acted quickly, sending out a memo to all players within the NHLPA union reminding them of their responsibilities off the ice.

We here at Battlle of California were able to get ahold of this internal memo, and it is our journalistic duty to share it with you, gentle reader: 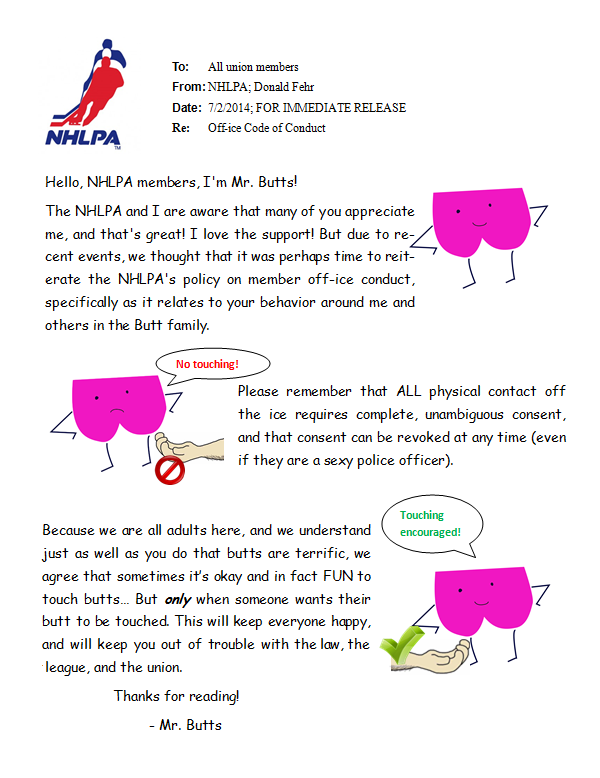 The NHLPA, Donald Fehr, nor Mr. Butts could be contacted by our offices for further comment.