What would an all California-born NHL team look like?

It's the middle of the off season, which means there's nothing at all worthwhile to write about these days. So here's a pointless exercise for you!

I've determined California's all-time NHL All-Star team roster, which features all of the greatest players to come out of California. Note that this is not players that have played for a California team, but players who were born in California. This team includes only players who made it to the NHL, and does not include any prospects who have yet to make the jump (or failed in doing so all together in the past), with the possible exceptions of two of the team's Right Wings who played a negligible number of games (California isn't very deep on the right side, folks).

Update, 7:36 AM: But what about LW Noah Clarke out of La Vervne? 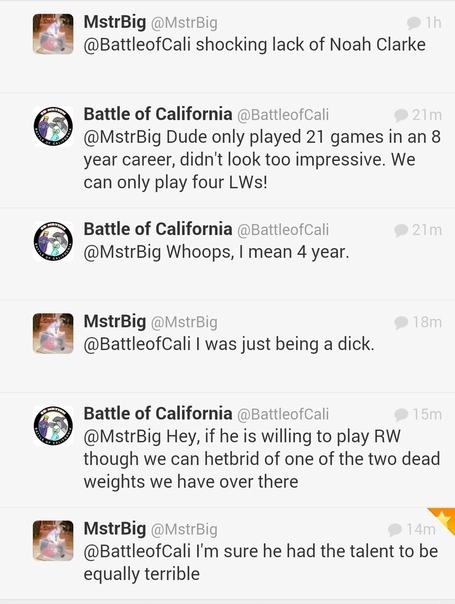 So @JerMeansWell wrote this: http://t.co/qUS4kBAxql Guess he wasn't aware that a certain Matthew Nieto is from Long Beach. Please tell him.

Insert a clever joke here about California being full of "left wingers." What say you, does Nieto belong in the lineup?

Although homegrown talent is finally starting to develop in the state, California doesn't have a very storied hockey history to look back on. This is not, of course, a surprise to any of us. But one thing is clear: This is a horrible team and it would lose many games.